Building a Skatepark and Community, Too

It’s easy to fall into the mindset that young people aren’t prepared to enter the workforce or navigate today’s challenges. Anyone who believes that should meet the students in Dan O’Neill’s Skatepark class at Sisters High School. Making the jump from skating—carving, backsides and fakies—to learning business and construction skills, may seem a leap too far, but that’s just what’s happening with this dedicated, determined group of young people in rural Oregon.

On the far side of the high school parking lot is the Sisters Park and Recreation District’s skatepark, built in 2010. The popular park and community hub had deteriorated and fallen victim to graffiti. Teacher Dan O’Neill, who shepherded students through the original building project, knew the skatepark was a community asset that just needed some love and attention. He created a class called “Skatepark,” designed to teach students how to reclaim the space by repairing and adding to the original structure.

O’Neill guided students in discovering untapped talents. Some were naturally drawn to fundraising and others to leadership and building. After learning about O’Neill’s class and his students’ fundraising successes, The Roundhouse Foundation provided a grant to support the project, which focuses on education and community and benefits children as well as adults.

The culture at the park is inclusive—inviting to people of all ages, interests and genders. It offers an alternative to kids who might feel disconnected from other activities at school. The skatepark class leveraged the passion students have for skating as a way to introduce skills that transcend the park.

Students did a fundraising campaign for the project, which taught them how to be empowered in creating change, something that isn’t typically taught in a classroom setting. Their vision for adding more features to the skatepark was the catalyst, and the class spurred outcomes that made a difference in their lives.

When O’Neill invited Roundhouse Executive Director Erin Borla to the skatepark, she engaged with some of the twenty skaters there, and listened to them tell about their fundraising efforts and their vision for the space. It was a chance to see local skate culture up close. One skater said that it is a place where everybody can fail and get back up—that it was okay to fail in that space because they were among their friends who would support them.

Students talked about developing community at the skatepark and forming friendships that were supportive, non-competitive environment that they weren’t finding elsewhere.

O’Neill explained that they wanted to repair and improve the skatepark because it had lost its value as a community asset. He knew the project needed to involve the skaters, which would create renewed ownership of the park.

“We put ourselves in the mindset of someone who wants to make a dream a reality and understand how to get started,” O'Neill said. "(The Roundhouse) support helped us believe in ourselves because they believed in us. They believed that we could do it. You’ve got to believe in it for yourself and for the group to be successful. Then you find partnerships.”

Since its inception, the skatepark has been a product of community support that isn’t limited to funding. “Finding people who can give you advice and mentorship along with money is a really important thing,” said O’Neill.

Earlier this year, donations steadily rolled in, with students Garrett Atkinson and Bodie Schar leading fundraising teams, with some good-natured competition as they supported each other’s efforts to reach their fundraising goals.

Student Diego Padilla combined fundraising efforts with his love of being outside and building. He plans on learning how to weld, which will be used in constructing rails for the skatepark addition. He also negotiated the donation of lumber for a cover for the new section, an accomplishment that has taken patience and persistence.

The professional skills students have learned and are using to achieve their goals will help them in the future, whether they’re entering the workforce or furthering their education.

Other classes O’Neill has taught have followed a traditional structure—students doing the same assignments and being graded on them.

“We don’t need every kid to achieve the same goals, because we need a variety of things accomplished,'' he said. “(The class) runs more like a business, with different project goals. We’re finding out where students have natural talent. As a teacher, it’s fun to teach a class that way, because that’s how the real world operates.”

One real-life lesson his class learned stood out to O’Neill. “Knowing that adult mentors from the community believe that they can be successful helps the kids to go into their endeavors with positivity, confidence and willingness,” he said. “We are beyond thrilled to get started building our first major addition to the park this spring.” 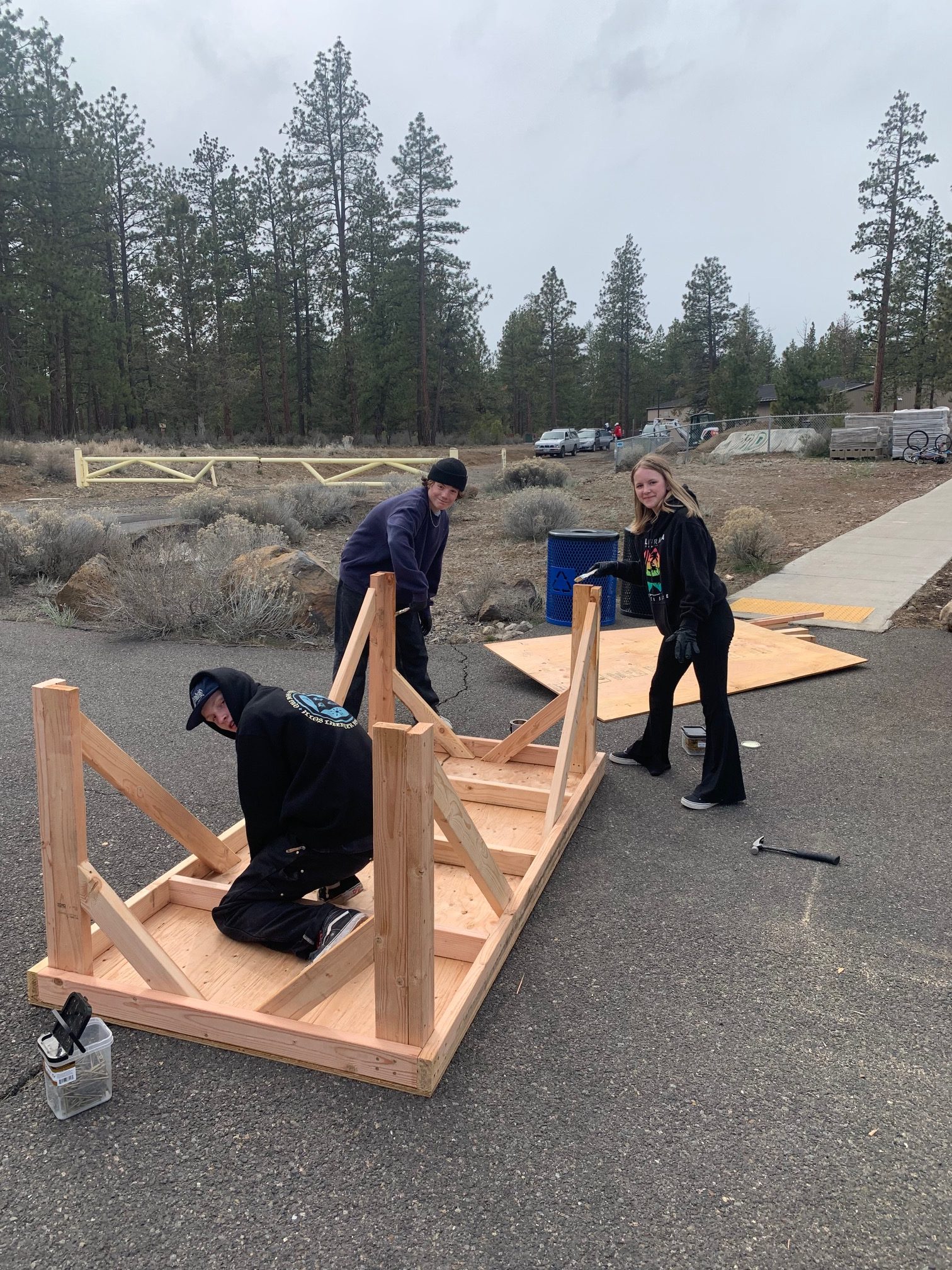 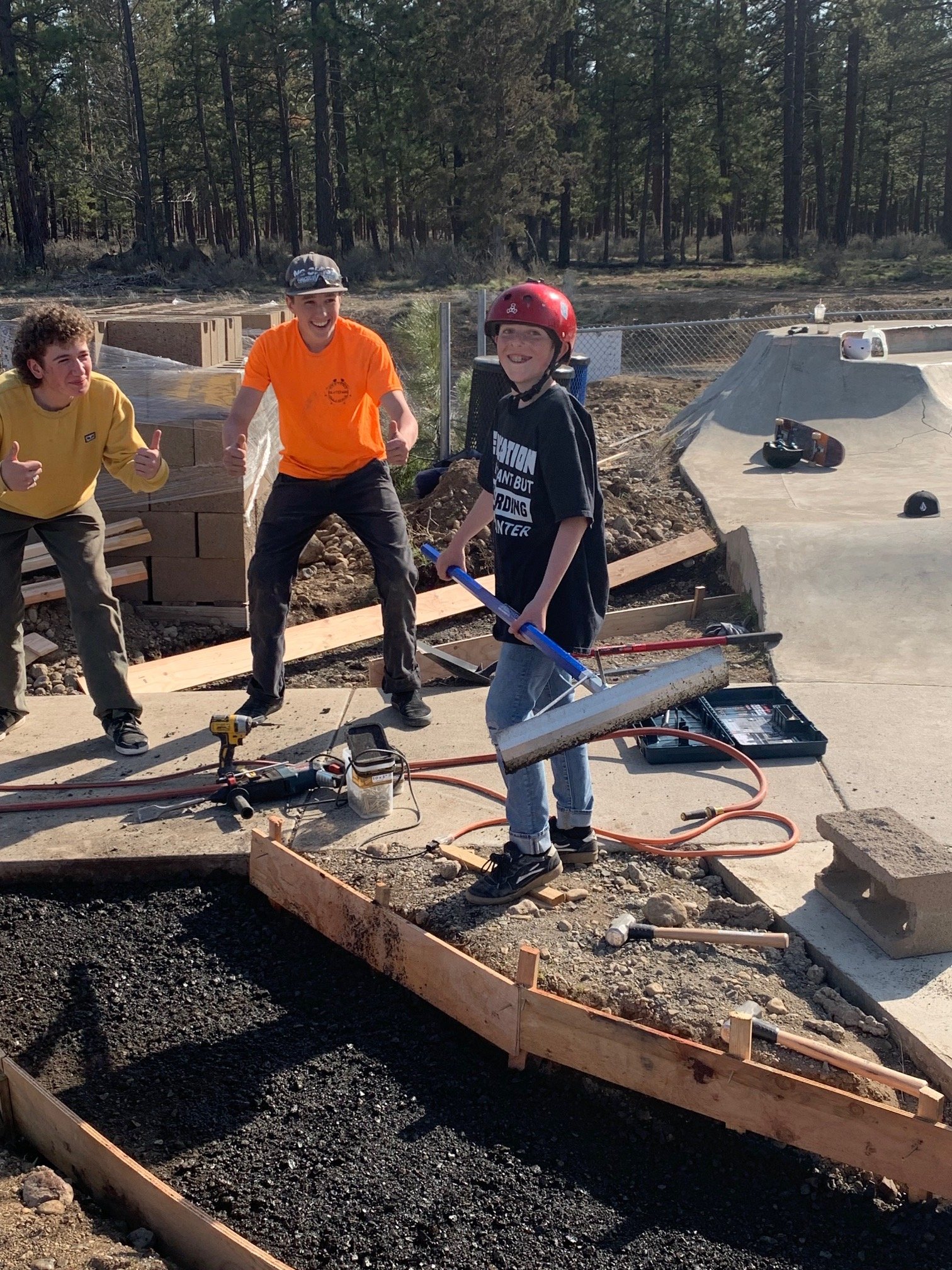 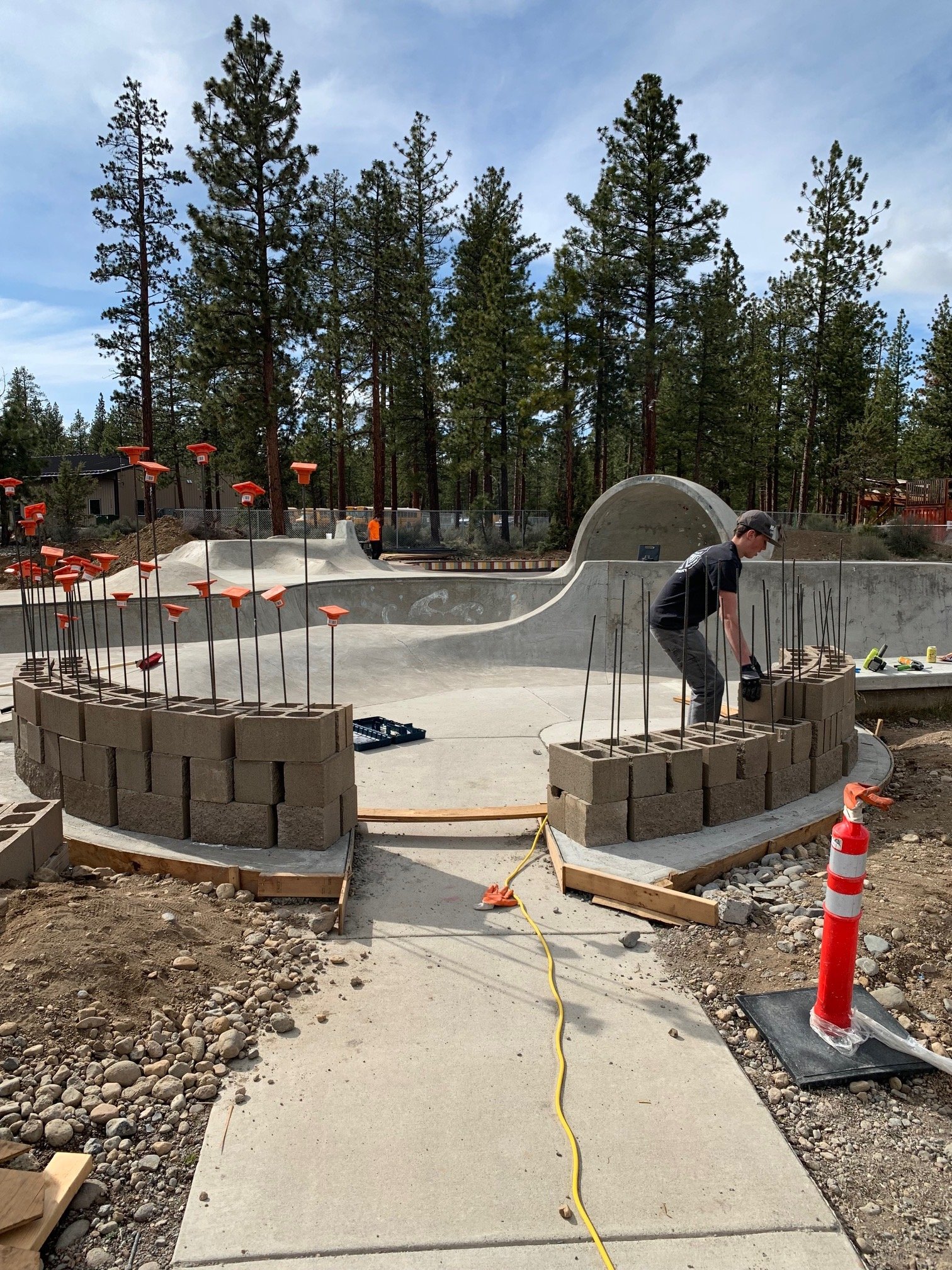 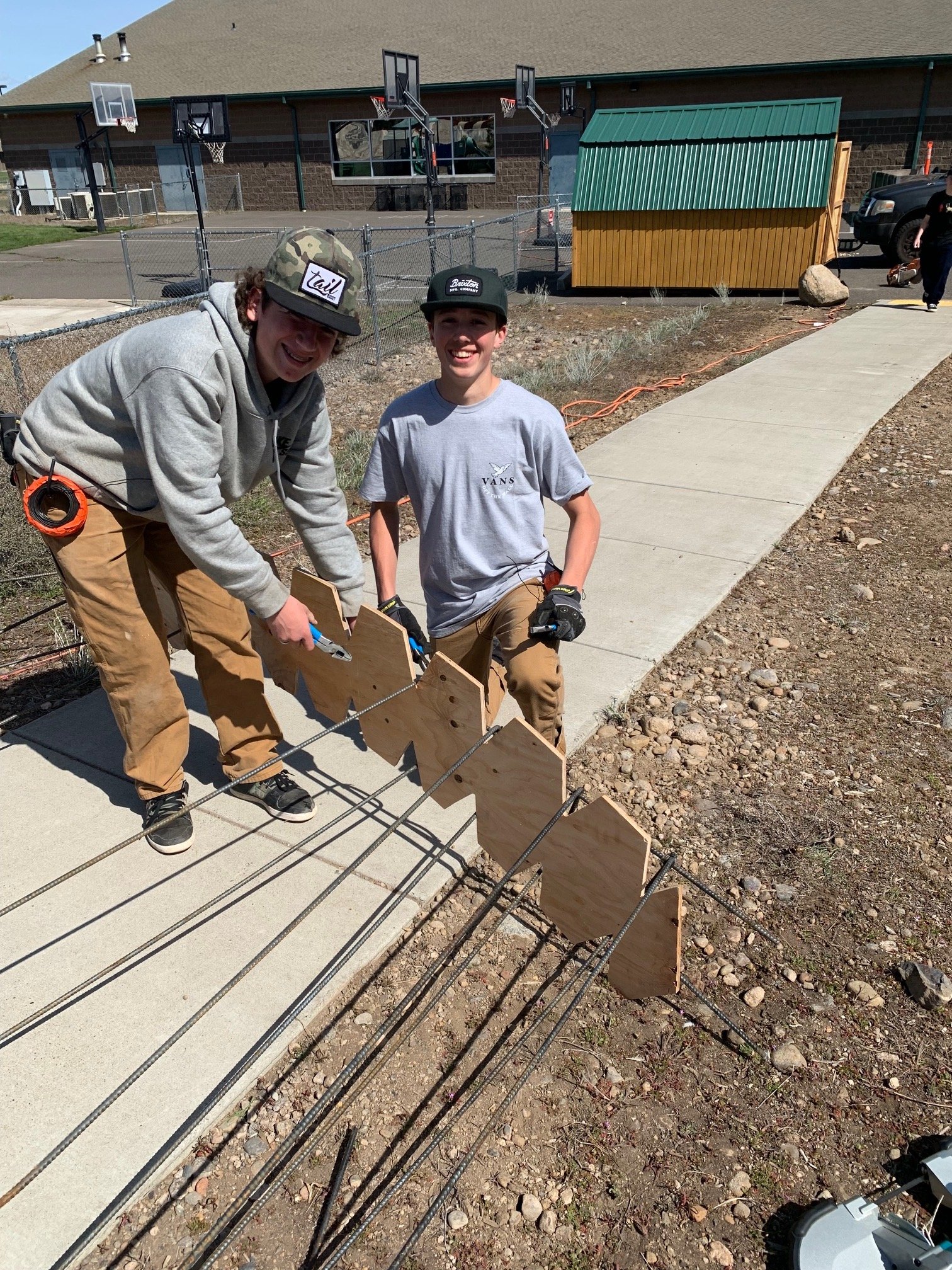 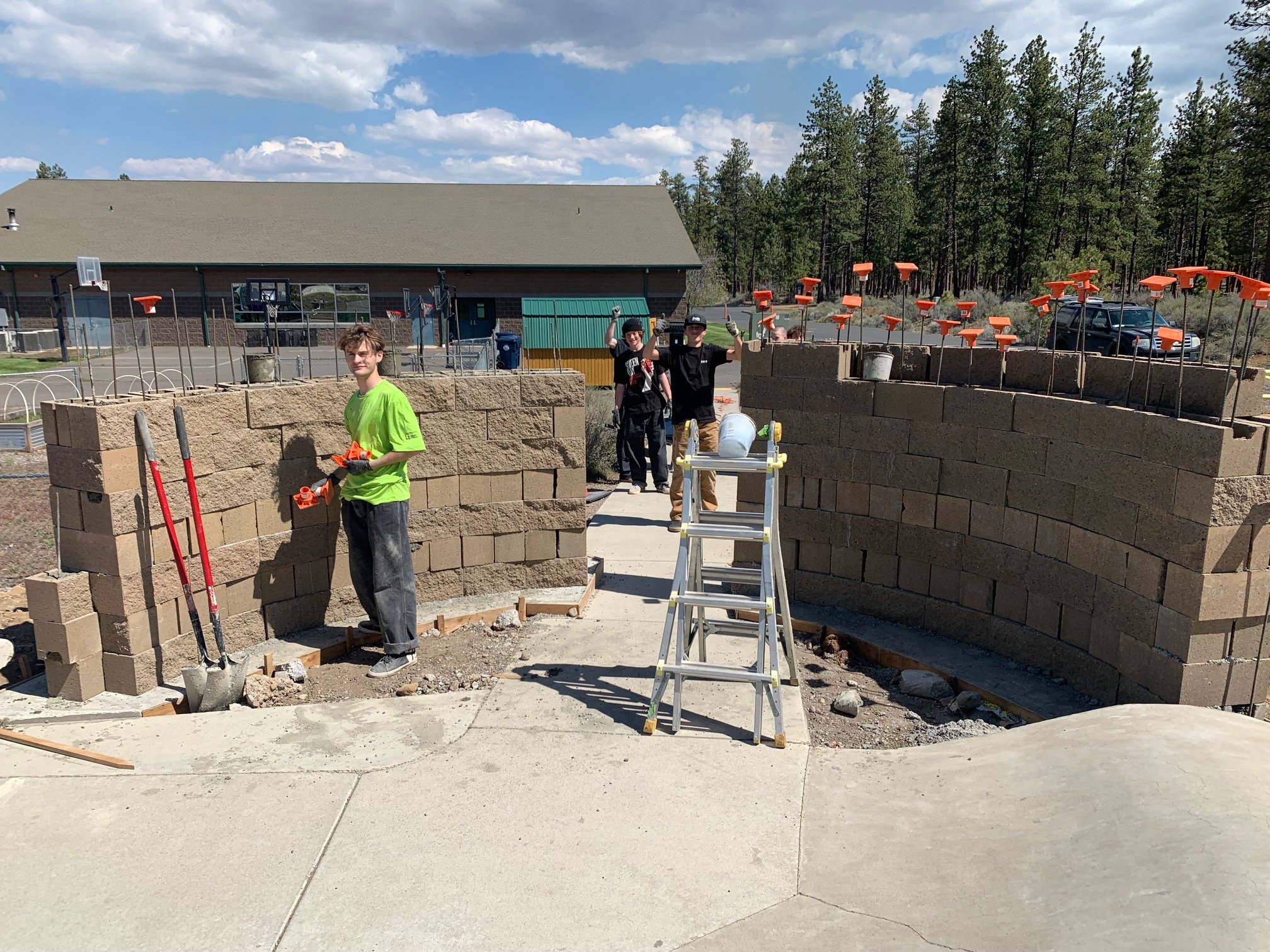 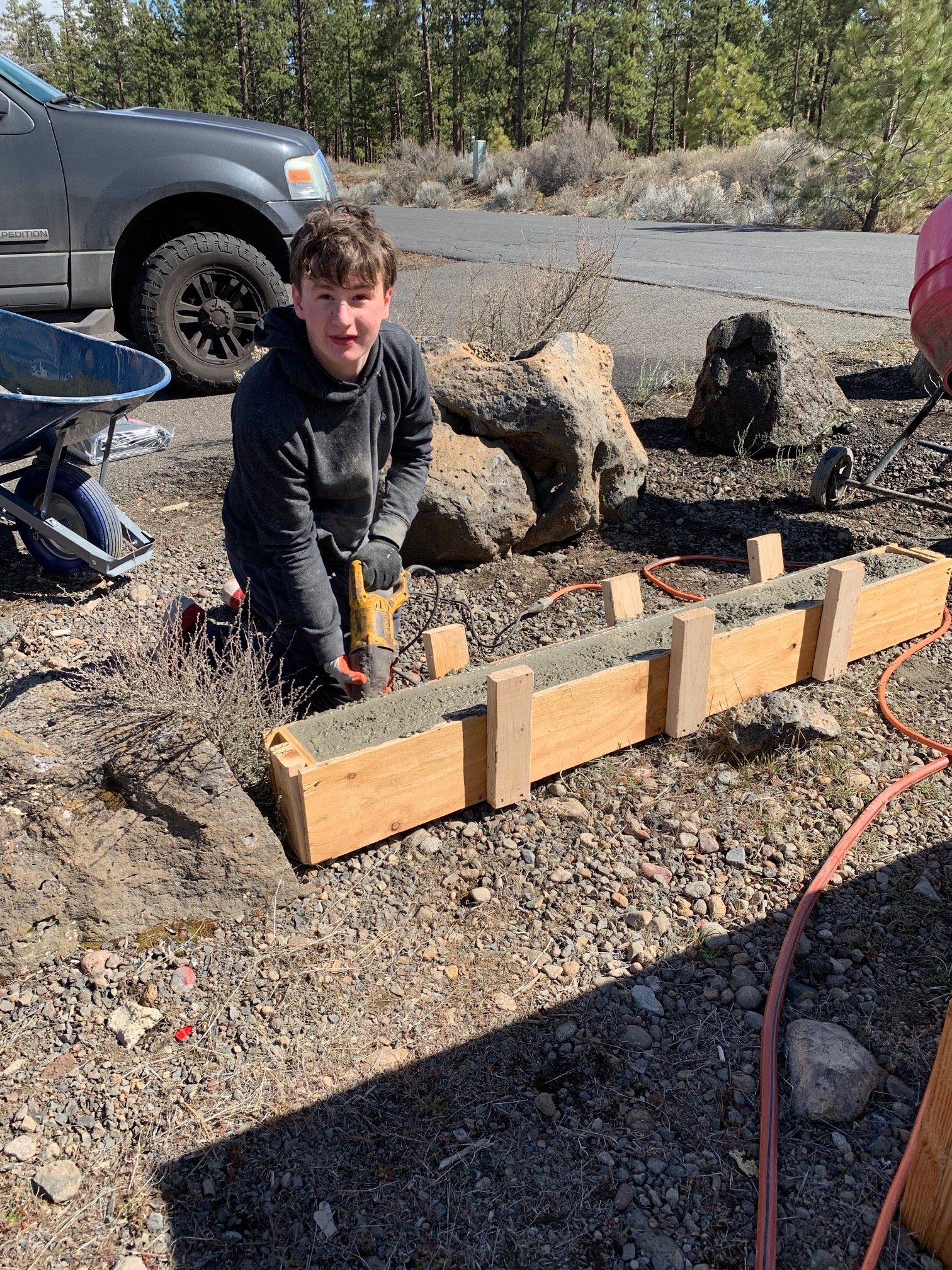