Empowering girls with STEM knowledge and skills (around science, technology, engineering, and mathematics) can build a better, more diversified workforce for the future, and as importantly, build self-worth in young women today. Girls Build, a nonprofit in Portland, offers girls classes and camps that inspire curiosity and confidence through the world of building.

Girls Build teaches girls ages 8 to 15 the basics of carpentry, electrical, plumbing, roofing, painting, auto and bike mechanics, sheet metal and more through summer camps and after-school workshops. The first camps were created in 2016 by Katie Hughes, a carpenter by trade, who had taught building skills to other women with Habitat for Humanity and Oregon Tradeswoman.

“I wanted to catch girls when they are young and have them grow up with the program,” said Hughes, executive director of Girls Build. “I wanted it to be part of their narrative,” she said.

In its first year, Girls Build offered two weeks of camps for 80 girls in Portland. It was taught by a volunteer staff and financed by fundraisers. The camps were so popular that another week of camp was offered in Grants Pass, Hughes’ hometown, for another 40 girls. After a TED Talk that Hughes did in 2018, she was approached by Hampton Lumber about sponsoring a camp in Warrenton. Hampton Lumber later asked to add camps in Tillamook and Willamina and still sponsors camps in those three towns.

The Roundhouse Foundation in Sisters learned about Girls Build through Talent Maker City, a nonprofit based in Talent working to build a more connected and prosperous community through hands-on creativity and STEAM-based learning, (which extends STEM to include the arts, hence the “A” in the acronym). Roundhouse Foundation came on board to fund Girls Build camps in Talent and Grants Pass in 2021.

“The camps in Talent and Grants Pass allowed opportunities for girls to access this dynamic programming after the devastating fires of 2020,” said Erin Borla, trustee and executive director of the Roundhouse Foundation. “Camps and programs like Girls Build help to build community with young people. They learn that when they come together, they can make small strides to build community.”

Girls Build has now educated more than 2,100 girls at its six locations. More than 512 full or partial scholarships have been awarded to help cover costs for students and make the camps accessible for girls from diverse backgrounds. Upwards of 62 Portland-area foster kids have attended the camps for free.

Girls throughout Oregon now return to Girls Build camps summer after summer. “This year (in Portland), for the first time, we have as many girls waitlisted in the 12- to 15-year-old range as in camp,” said Hughes. “We are grateful and excited to engage them in a way that they want to come back every year.”.

Kandyce Brown, 13, has attended five Portland camps over the last few years. She has learned a range of skills, including how to use a chop saw, screwdriver and a drill. At one camp, she built a working pinball machine, and at another, a lawn chair. Brown says building makes her feel strong and powerful. “It makes me feel like I belong,” she said.

“I’m grateful that I have all those skills,” said Brown. But returning to camp is about more than learning how to build. “I like it because of the friends,” she said.

The benefits of Girls Build camps go beyond building skills for many of the girls. It can change the way they see the world. Vivian Moo, 12, attended a Girls Build camp in Portland in 2019 and did an at-home building kit provided by Girls Build in 2020. Moo said that the camps were “freeing in a way,” pointing out that girls are not expected to build, so it challenges social norms.

After attending the classes, Moo was inspired to build things on her own. With just a little help, she built a balance beam at home. “I felt very proud of myself,” said Moo. “It was a big accomplishment for me at the time.”

“It’s really incredible to be turning fear into a passion,” said Hughes. Camps are structured so that all the girls are doing the same project, and they can learn skills–and work through fears – together. The days are broken into workshops, some tackling bigger projects that extend throughout the week, and other smaller projects that provide more immediate satisfaction.

“Girls Build also allows girls a chance to see themselves in careers they may not think about,” said Borla. “Katie and her team work hard to showcase all of the opportunities available in construction trades. The camps and projects empower girls to pick up the tools and make something—they are learning math skills and engineering while making something with their own two hands,” she said.

Hughes sees that unfold with every swing of a hammer and whir of a drill. “The greatest thing is the awe and wonder that girls experience every day as they are trying new things,” she said. 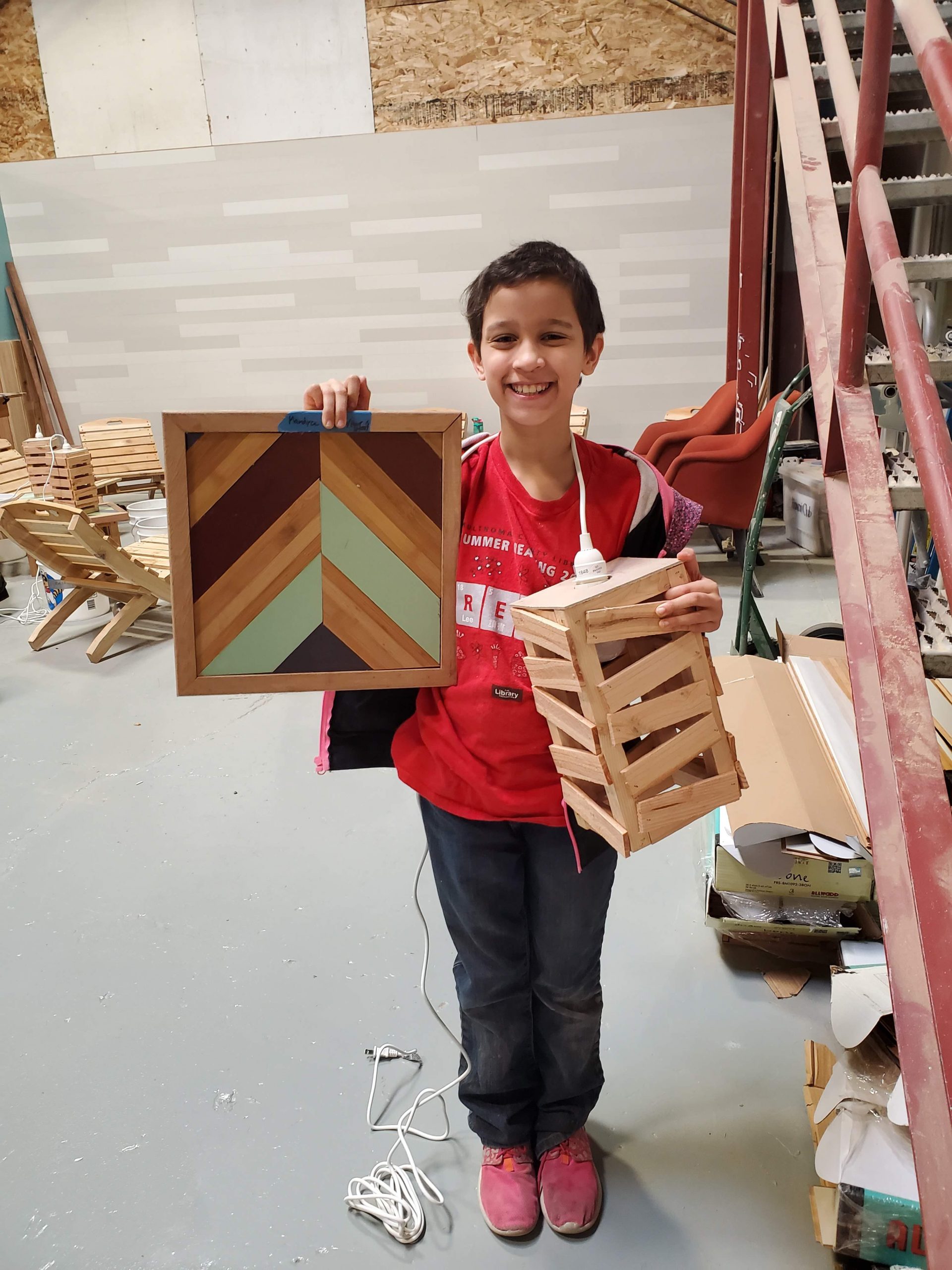 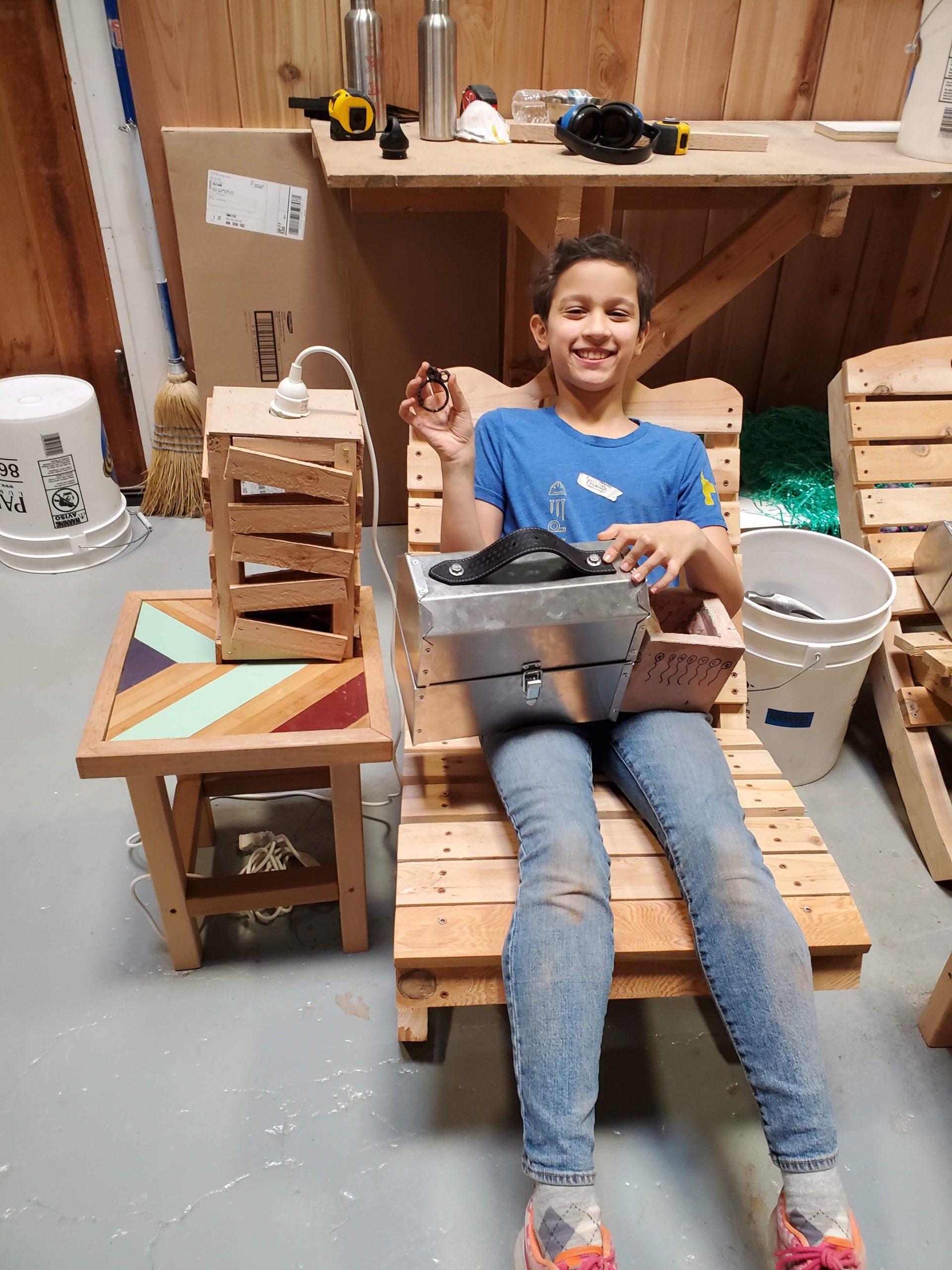 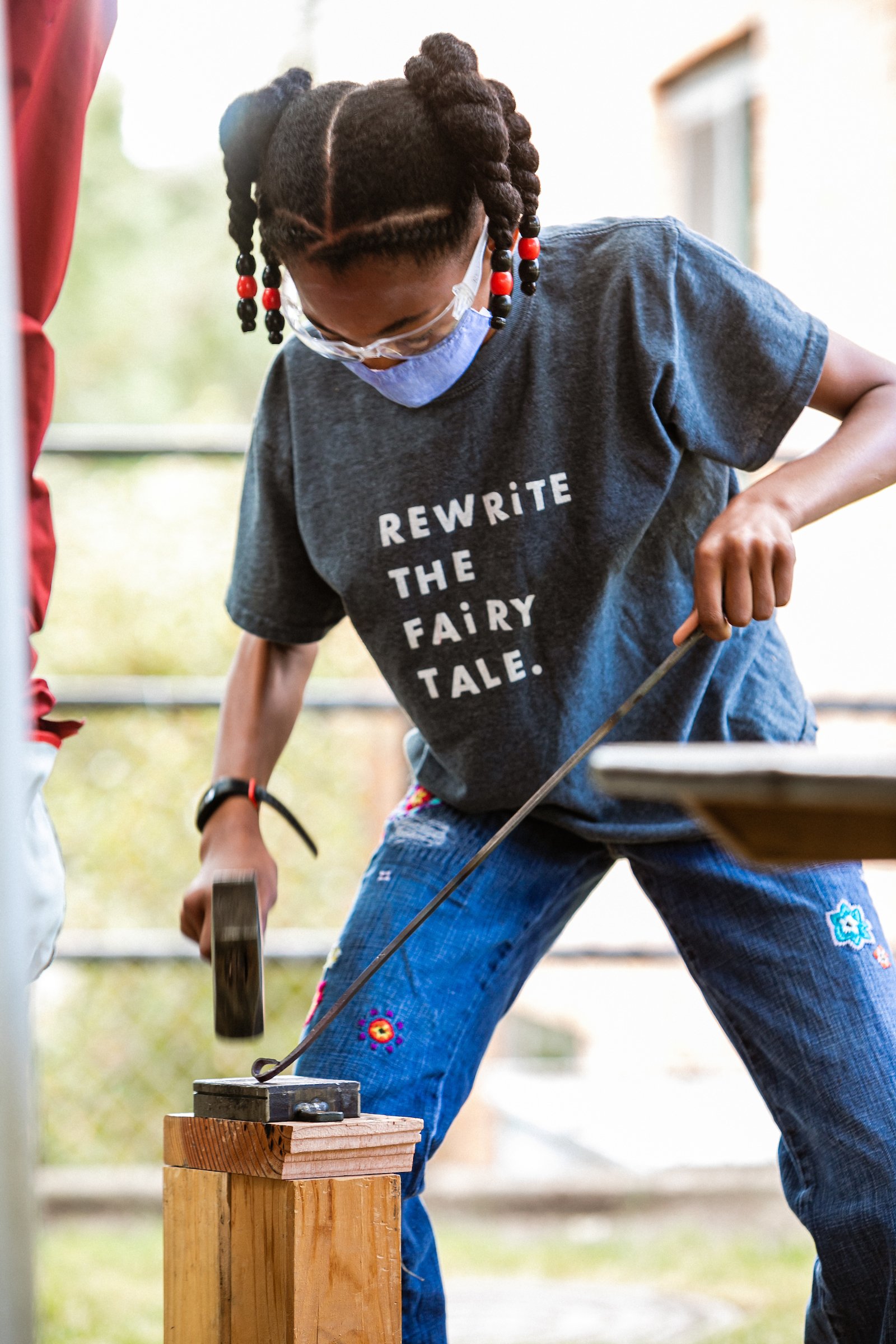