The University of Oregon School of Journalism and Communications (SOJC) and The Roundhouse Foundation are partnering to bring scientific stories to the forefront of public awareness. Science Story brings together undergraduate and graduate students in the class to write meaningful stories about the impacts of climate change and wildfires in Oregon.

Two acclaimed journalists with a deep background in covering such issues are leading students in developing their work.

Professor of Practice Torsten Kjellstrand has worked to tell stories with under-represented and misrepresented rural and Indigenous communities for three decades. He worked as a newspaper photographer for many of those years, was named Photographer of the Year by Pictures of the Year International and publishes films and photo projects with The New Yorker, ProPublica and many others.

Assistant teacher and advisor for the Science Story class is Dennis Dimick, whose four-decade journalism career included six years as a newspaper journalist and more than 35 years at the National Geographic Society in Washington, D.C., where he served 10 years as the magazine’s environment editor. He grew up on a farm near Portland and has taught and lectured about agriculture and food systems at universities across the West.

Last year, students produced stories related to the impact of the Holiday Farm Fire in 2020, which burned more than 173,000 acres in the McKenzie River valley. The class produced stories ranging from those covering the impact on the McKenzie River area residents and businesses to those about saving fish from the Leaburg Fish Hatchery, to others exploring the future of fire in Oregon. They published via an online publication, Life in a Flammable Forest.

“The class this year is building on what we did last year, and it is kind of sedimentary parts of a larger story in talking about the changing climate in rural Oregon and its impact on the communities that live there,” said Kjellstrand.

A partnership between the Eugene-based UO and The Roundhouse Foundation had been in the works since 2018 when Erin Borla got in touch with SOJC Dean of Students Juan Carlos Molleda to connect local resources and continue the foundation’s work in telling stories in and around rural communities. After a visit to the foundation headquarters at Pine Meadow Ranch Center for Arts & Agriculture in Sisters in 2021, both parties recognized that a partnership such as this made sense for students and the work that could come out of a class retreat at the ranch.

“The Science Story class is largely the type of storytelling focusing on what the Roundhouse is doing and working towards in rural Oregon,” said Dimick.

“There were a lot of shared interests and connections and, in the end, there would be a tangible, published work to show,” said Kjellstrand. “What we publish can be looked at as a tool for future outreach as well, to shape the public perception of the class beyond the university setting and continue to foster these community relationships through the published work and continue building on the stories in the future.”

Kjellstrand and ranch Arts Projects Coordinator Ana Varas decided it would be beneficial for the students to partner with the ranch to create a destination writers retreat as part of the Artist-in-Residence program at Pine Meadow Ranch.

A group of 18 students took a road trip from Eugene to the ranch for a retreat centered around creativity and storytelling. During the last weekend of February, they gathered in the historic Hammond House at the ranch to present their story pitches, gain in-depth guidance from their teachers and peers, and craft their stories.

“The idea was to provide a space and network for the students and allow them to just be together in creating the pitches for their stories,” said Varas.

“The time at Pine Meadow Ranch and the retreat allowed for the team to bond and they all felt pampered and special,” said Kjellstrand.

Dimick said the partnership and writers’ retreat help inspire creativity and fresh perspectives. “It gave the students a chance to connect and have a crisp summary of their project to present to one another. They also got to experience first-hand the community spirit in Sisters,” he said.

Not only does the partnership allow for a physical space to work, it also fosters relevant local connections for the students. During the retreat, several members of the Sisters community talked with students about elements of forestry, creek restoration, climate change, and other topics related to the bigger picture around the students’ stories. A few of the aspiring journalists connected with Mathias Perle from the Upper Deschutes Watershed Council to learn more about the dam removal from the Whychus Creek and the Pine Meadow Ranch area specifically. Students also heard from Pam Wavrin, director of Pine Meadow Ranch operations, about plant cropping and how landscapes and soil respond to fire. Other members of the Sisters community spoke to students about their involvement in local environmental projects so the students could develop more sources for their stories.

Science Story graduate student Clayton Franke, who is doing a story about the restoration of the community of Finn Rock on the McKenzie River, met with Perle during the retreat, and made connections with members of the McKenzie River Trust for his story.

“The connection helped line out the entire project and helped me to find a purpose behind the piece early on in the process,” he said.

Graduate student Karl Furlong described the ranch experience as a tipping point for him and his story, because it gave him time to focus on the story and stay driven, knowing he was on the right path. Furlong’s story centers on morel mushrooms, which grow best from fire, sprouting from ash. He is using the mushroom to challenge perceptions of fire as purely destructive.

Gino Savaria, another grad student, is working on a story focusing on the differences between trees and how they grow differently, especially after fire. The forest surrounding the ranch, particularly some bits of charcoal-pencil-like burned wood, inspired him, too.

“I was able to collect the materials for my project at the ranch and use it for illustrating the piece about tree species,” said Savaria.

Varas said, “The partnership is an opportunity for students to escape the university setting and have a chance to connect and be in a creative space to create the best stories possible.”

The retreat and partnership with the foundation dovetail with the philosophy of their program.

“At the University of Oregon School of Journalism and Communication, we teach storytellers,” said Molleda. “We aim for our graduates to be compassionate, thorough, and expressive professionals who can be entrusted with the stories of others.”

As vigorous as the university programs are, the retreat offers a real-life experience that’s critical for students to hone their skills, he said. “Through this partnership, students connect with rural Oregon communities to tell their stories, teaching the students how to conduct respectful interviews with communities of diverse demographics,” said Molleda.

The relationship between the University of Oregon and The Roundhouse Foundation will continue to foster opportunities for connection, creativity and storytelling in a scenic, tranquil setting that allows students to explore writing, photography, video, illustration, and other forms of communication.

“Everyone has a story to tell, and we are so excited to be working with The Roundhouse Foundation to ensure these rural voices are heard,” said Molleda. 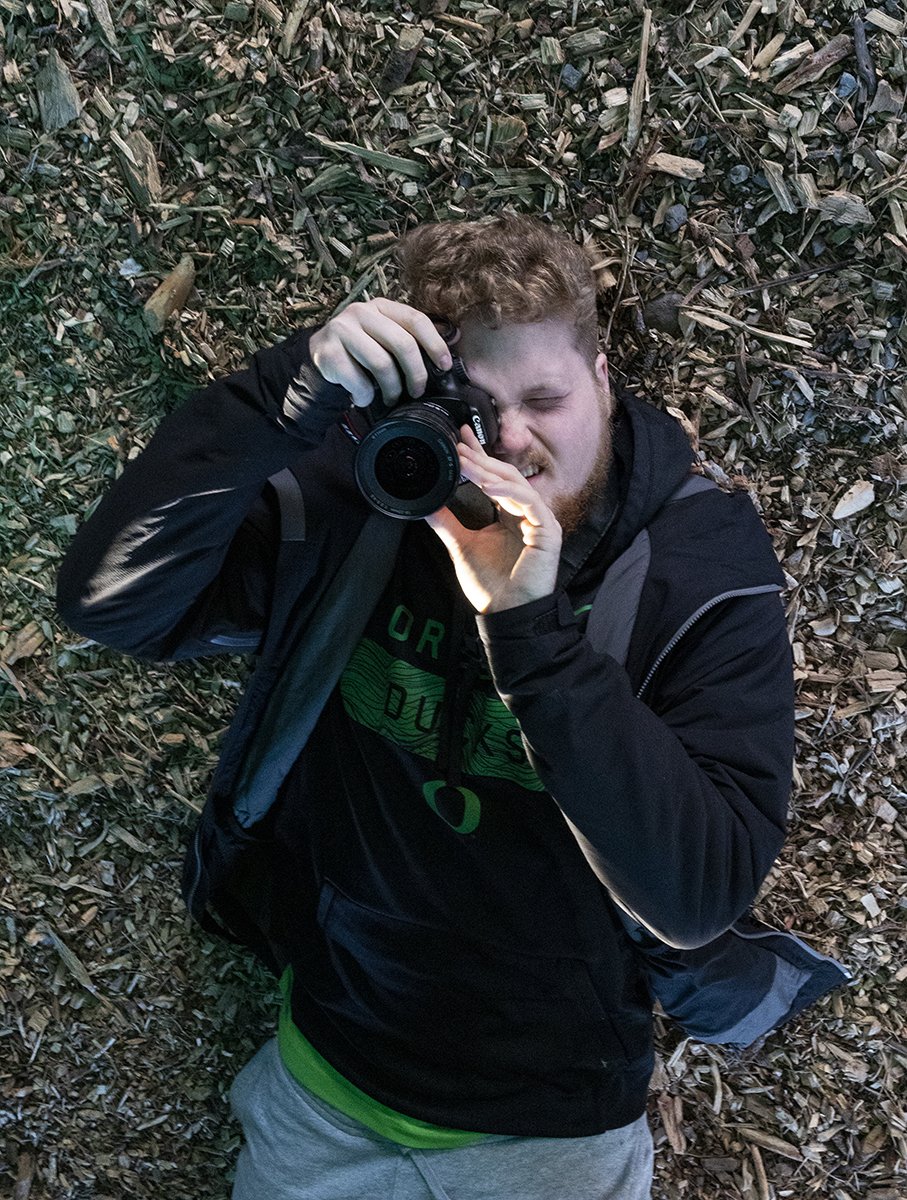 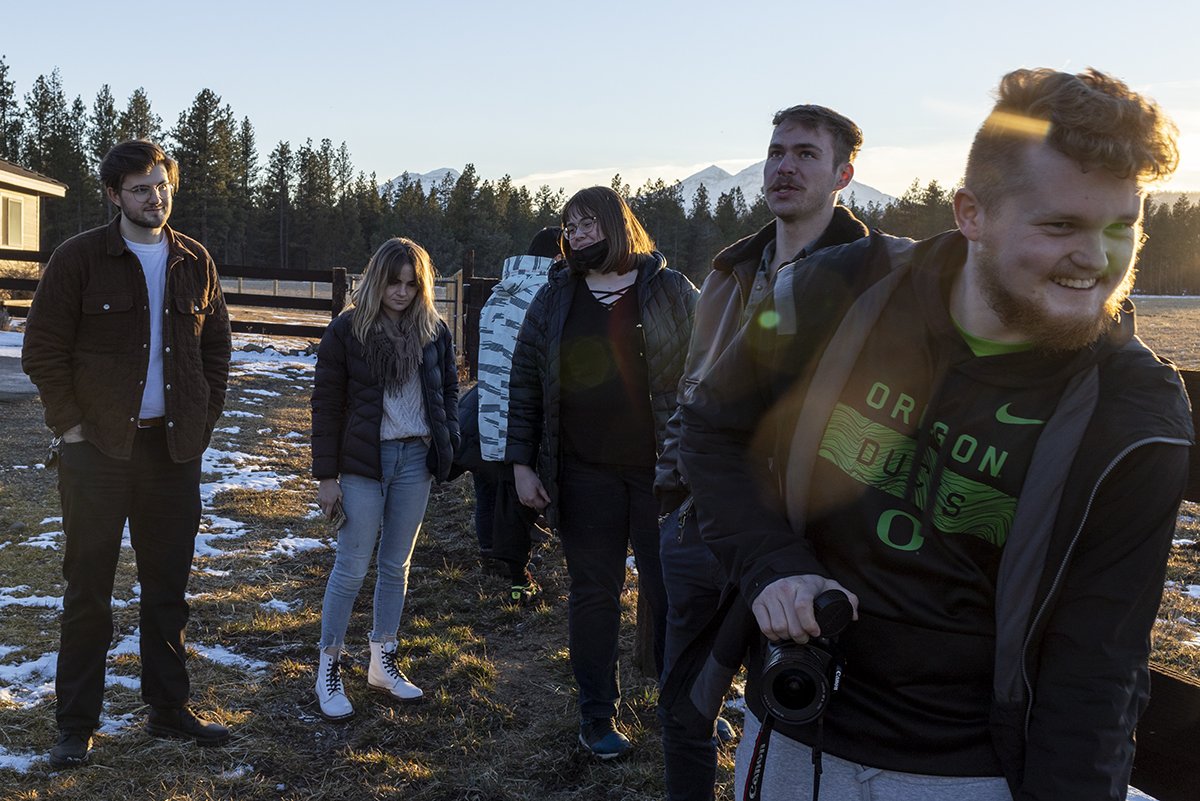 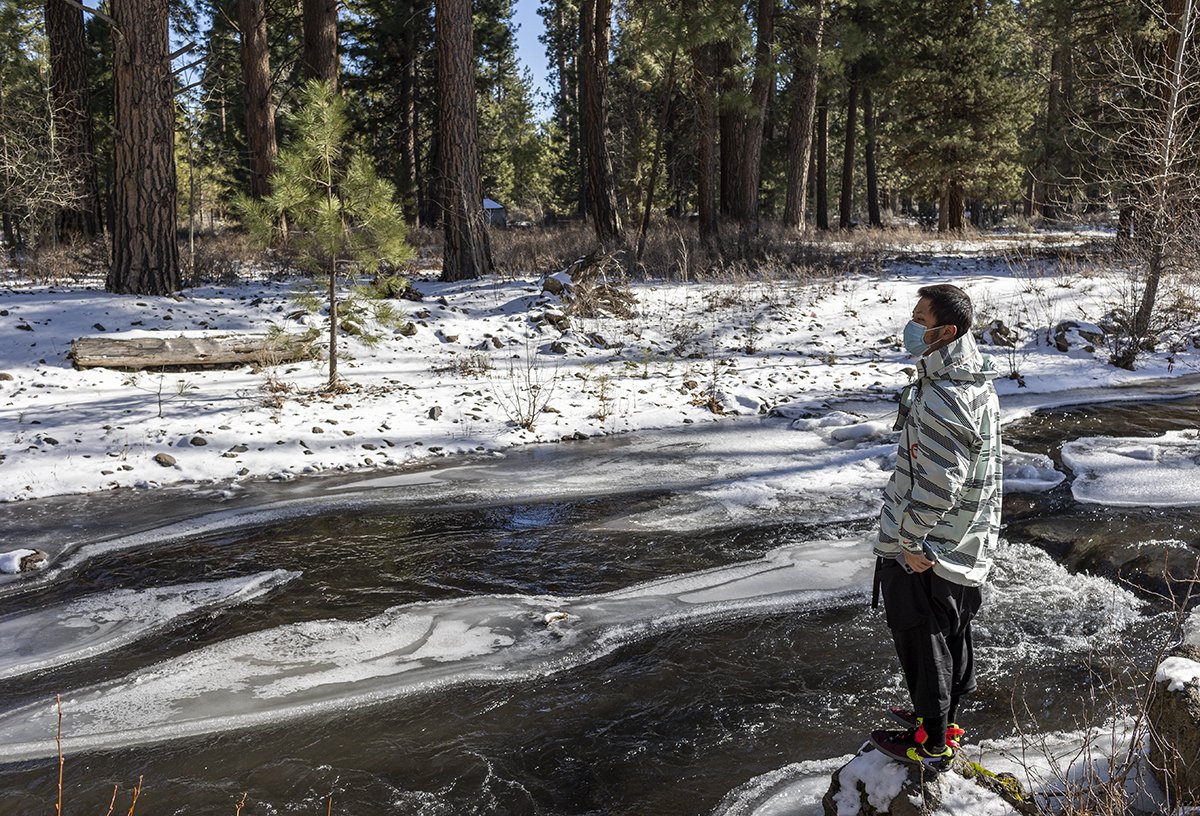 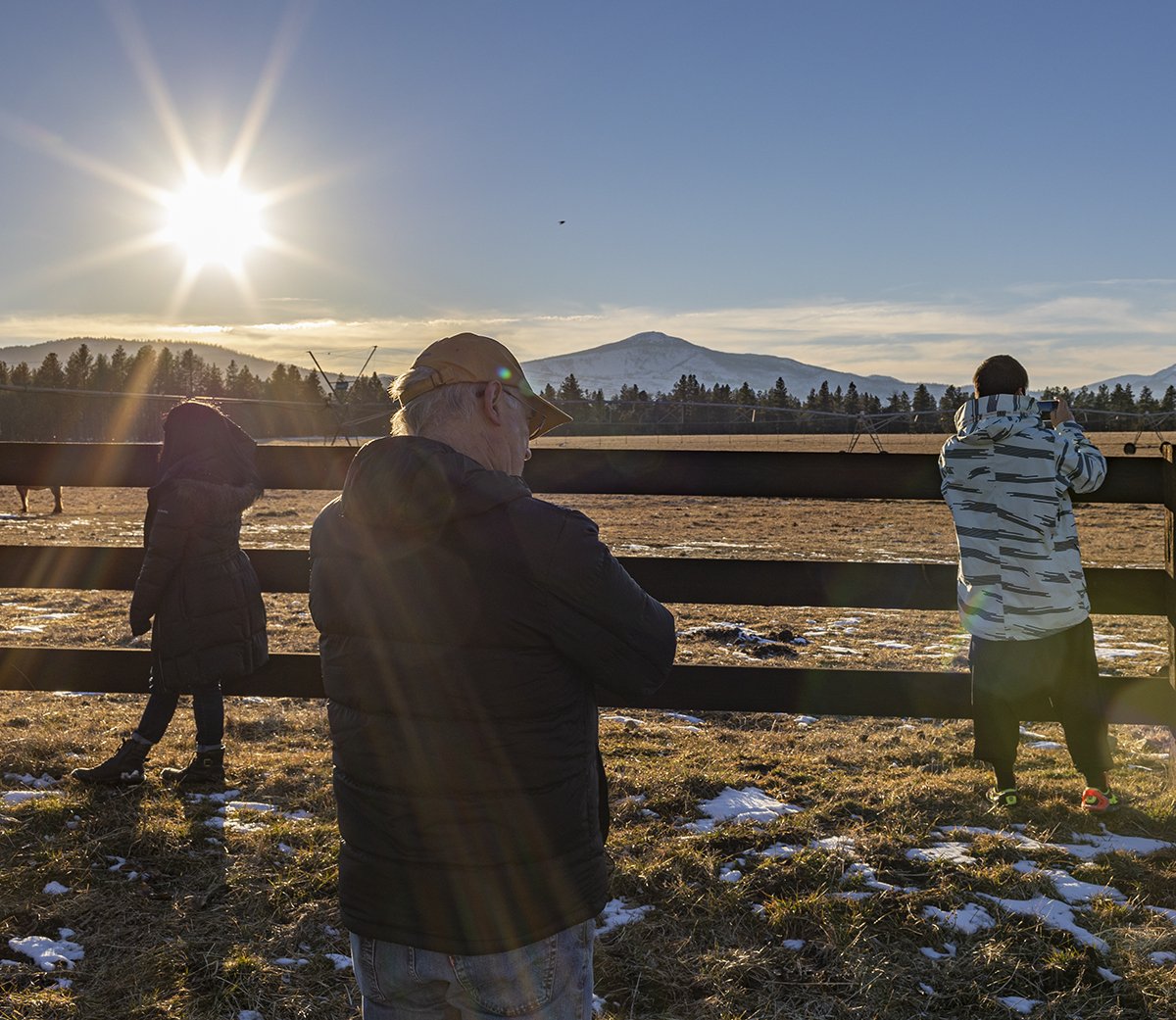 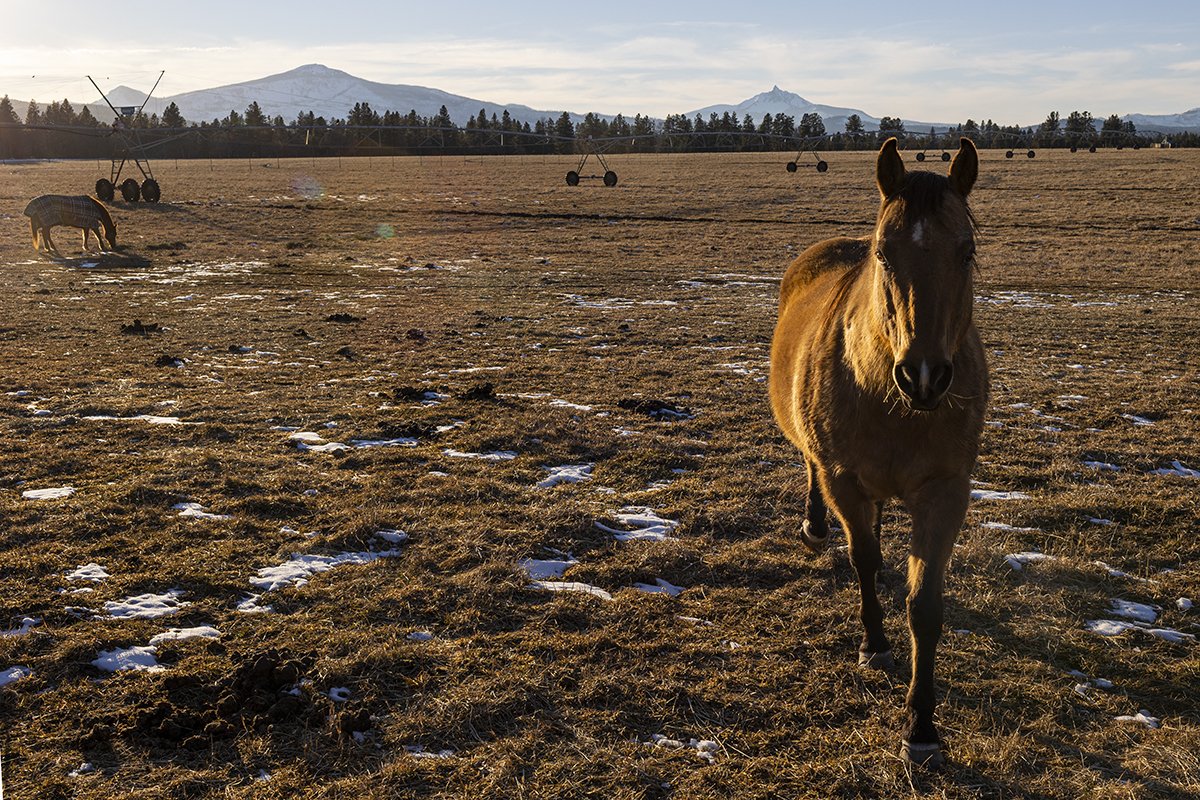