Tanner Dugan’s earliest memories are fond ones—of riding horses and growing up on a farm in Oregon before moving to Wilsonville, outside of Portland, when he was five. When he was 16, he got into trouble, was charged with a crime and spent the next six years as an inmate in the state’s juvenile corrections system.


He went from a county jail cell where he was inside for 90 consecutive days to facilities surrounded by barbed wire or a wall tall enough to obstruct the view beyond the yard. Finally he reached Camp Tillamook Youth Transitional Facility, a work-study program on the Oregon coast. That’s when he began working with a native plant nursery operated by Tillamook Estuaries Partnership (TEP), a nonprofit that works to protect and restore Tillamook County bays and watersheds while supporting economic and recreational activities.

It was 2017, and by then Dugan was pursuing a bachelor’s degree in supply chain and logistics management through Portland State University. As an intern at the nursery, he began doing basic bookkeeping, and by the time he left three years later at age 23, he’d written a roughly 100-page standard operating procedures manual for every part of the nursery. He helped manage the extensive irrigation system and was the project lead on overhauling the complex management system. He gained valuable business experience in building corporate documents, project management and bidding processes, sourcing and demand forecasting.

“I was able to become an integral part of the operation by the end—it was so empowering,” said Dugan. “Once I’d gone into corrections, there was a lot of stigma that comes with that. There’s a feeling like … people aren’t going to accept you. So it was really the first time since when I was 16 years old that I could feel like I was empowered to actually make progress and do a positive, great thing — help this organization along.”

The work had meaning for him. “It was something that I really cared about, which was environmental conservation and figuring out ways that we can actually impact the Earth in a positive way, when it seems that 99 percent of the time we can impact it negatively,” he said.

Being around all of the plants had nurturing effects, too. “Just seeing them grow and knowing that we planted these 150,000 plants literally from these little seeds that we collected, and then within three years, seeing them become these big, living things that are going on to impact habitats was amazing,” said Dugan. “Seeing that full lifecycle was incredible.”

At TEP, he worked closely with Maysa Miller, coordinator of the native plant nursery, in treating ailing plants, determining what was wrong and what they needed to thrive, be it a fungicide or more fertilizer, for example. A small lot of Oregon ash—about 150 trees, an insignificant number among the 60,000 tree inventory—was suffering from insect infestation.

“We had no reason to keep these plants, because we didn’t have any demand for them—we’d had them for two or three years, and I spent so much time with these plants for no reason whatsoever,” Dugan said. “I would always go out there and spend the last ten minutes of my day to see if they were getting the right treatment. I’d like to go out there and spray these things and I kept these organisms alive for way longer than they needed to be alive. I feel like I connected with that—this thing that just needed some nurturing in order to become successful, you know? And even if nobody wanted them, I didn’t care, I was going to go out there and help these plants out, like an empathetic response. That’s kind of how I was feeling at the time.”

Someone eventually bought the trees, and today, Dugan, 26, does analytics for Gresham-based Hawthorne Gardening Company, a subsidiary of The Scotts Miracle-Gro Company.

Dugan’s story isn’t unusual for TEP, where this kind of  transformation occurs regularly. “With these folks that come out here every single day, we do see pretty consistent transition and even the personality of an individual crew member over the course of the time that they stay here at the nursery — it’s very common,” said Asa Skinner, native plant specialist at TEP. “A lot of these incarcerated youth haven’t had a whole lot of experience outside or in a somewhat normal work environment. When they come out for the first time, it’s very common when we go on our nursery tours for no eye contact to be made. Often they’ll be kind of looking down at their feet or will have their hoodie pulled up all the way around their face for even weeks to months.”

“And then over time, we very reliably see people kind of break out of their shell and the difference between both the quality of work, social interaction that they display, even on day 10 versus after they’ve been out here for six months, is stark. I mean, it’s a total transformation.”

The program also has had an impact on the community. TEP hosts “potting parties” in which the public is invited to help transplant some of the nursery’s thousands of plants. “The community mingles with the youth … and community misconceptions about incarcerated youth go away in a single potting party,” said TEP Executive Director Kristi Foster.

TEP’s work with incarcerated youth is just one aspect of its work through active stewardship, scientific inquiry, community engagement and education. They have a dedicated team of volunteers and partner with other organizations in leading guided hikes, walks, clamming, mushroom foraging and paddling excursions connected to their respective restoration efforts. In the past six years, those activities throughout the year have grown from 16 to 60, said Foster.

When it comes to restoration, TEP has made a significant impact. Before 2002, plant stock for habitat restoration on the Oregon coast came from surplus donated stock, typically from the Willamette Valley. Those plants don’t fare well in a coastal climate — growth and survival rates were low. To address this, the Northwest Oregon Restoration Partnership (NORP) was formed as a program of the Tillamook Estuaries Partnership.

At the core of NORP is our Native Plant Nursery, where TEP propagates plants from local seed and cuttings. The result is plant stock that is able to thrive and out-compete invasive species in restoration efforts across northwest Oregon. NORP supports the restoration efforts of more than 30 organizations by coordinating the propagation and distribution of more than 75,000 native plants annually for landscape-scale watershed restoration projects implemented by its partners on private, state and public lands.

The work unites all involved, from the youth to volunteers and staff. It’s for the same reason that in some parts of the world today, people still have a deep relationship with plants, their only source of nourishment — and their ability to nurture a seed matters to their survival, said Skinner.

“As humans, growing and nurturing plants is what sets us apart from many other things that live on the planet,” he said. “It’s profoundly human to nurture a seed — an ancient experience core to the health of a human.” 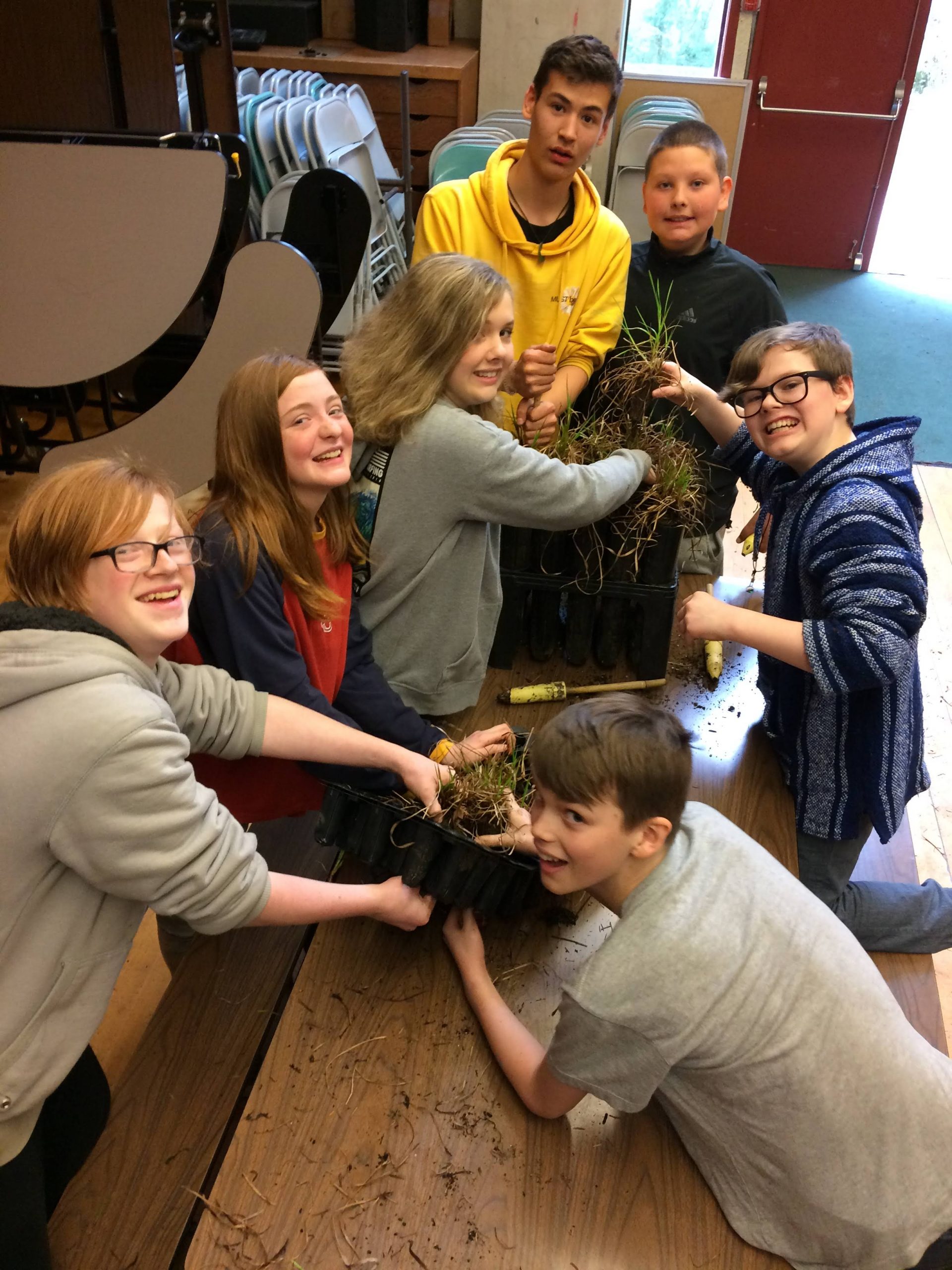 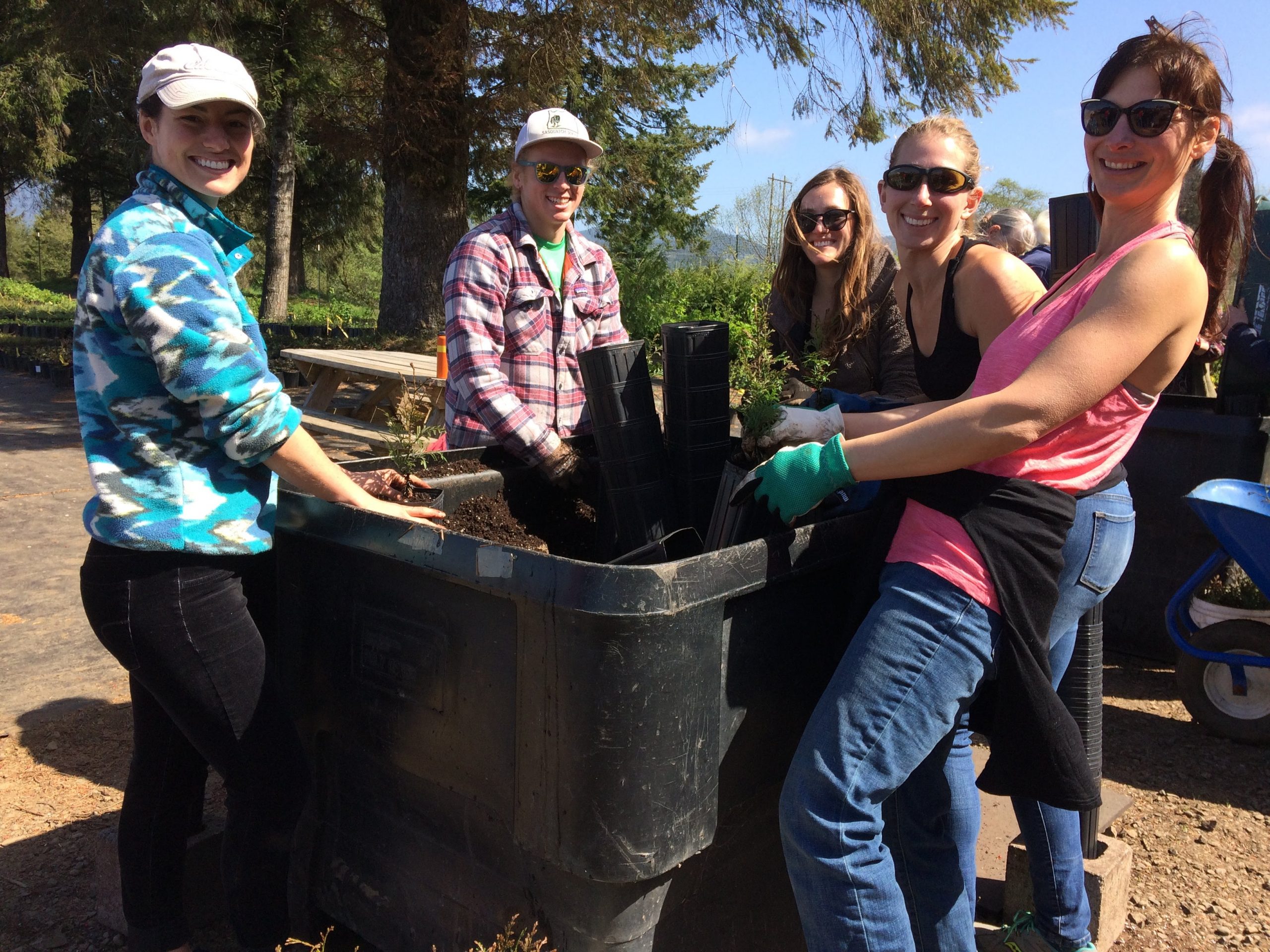 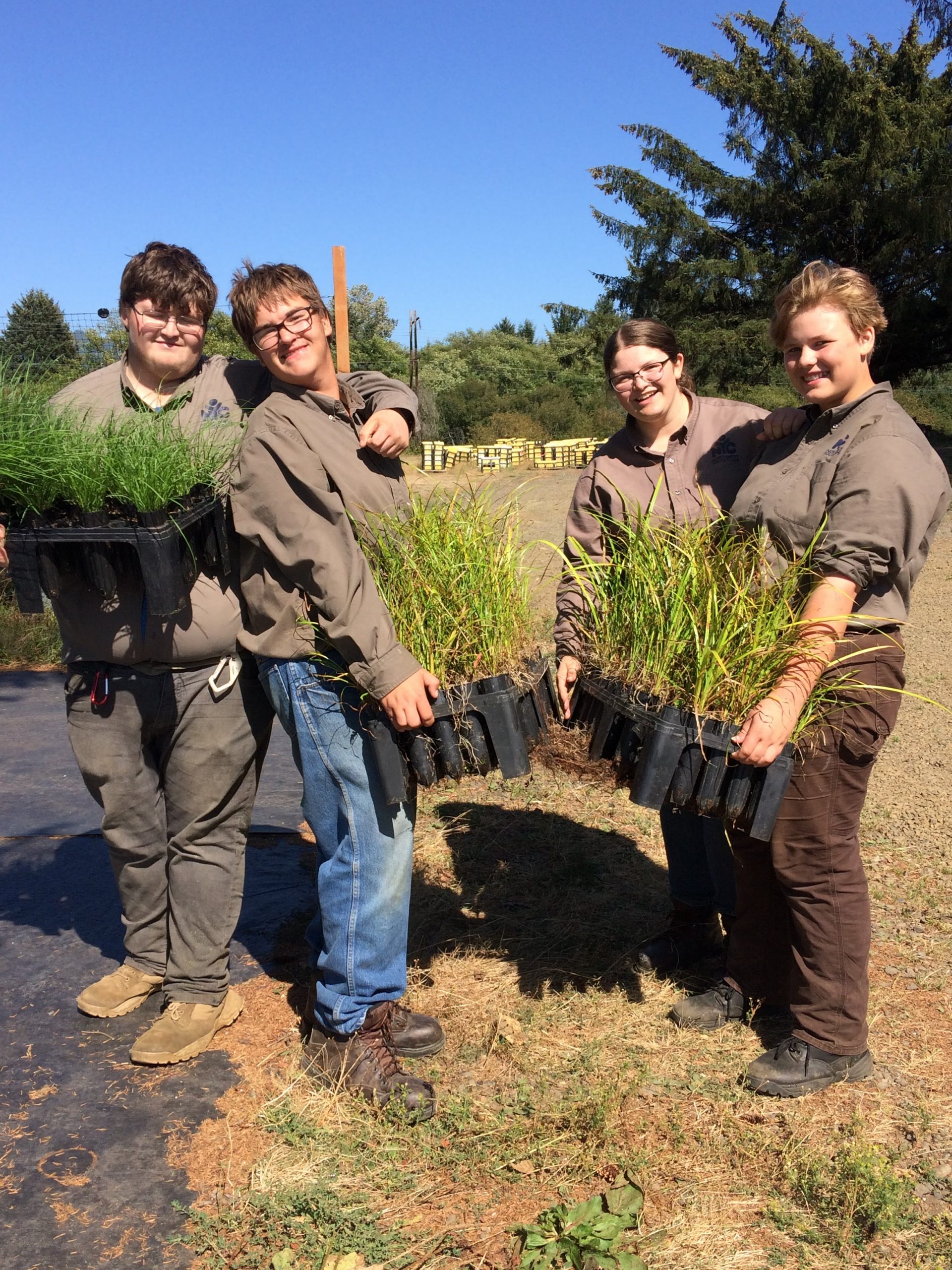