Alyssa Eckert focuses on the interconnected relationships of the natural world

For Alyssa Eckert, a late fall residency at the ranch offered a chance to expand on her work inspired by the ecosystems of the Pacific Northwest. Eckert’s 2023 calendar, featuring her drawings of seasonal observations from the high desert, had just been printed by publisher Chatwin Books in Seattle. She was ready to move on from about five years of working in pen to create fine-line depictions of plants and animals.

During her residency, Eckert, who grew up in Portland and lives in Goldendale, Wash., made drawings in pencil, rediscovered printmaking at Studio 6000 in Sisters and gained guidance from local artists.

Returning to printmaking after many years energized her.

“I was reintroduced to the presses, the equipment and the paper and the inks, and Studio 6000 is incredible, so I’ve been spending a lot of time there,” said Eckert. “I’m trying to integrate with my other work what I’m learning and doing there. I haven’t worked in pencil in years.”

Sisters artist Paul Alan Bennett showed her how to make monotypes, applying ink to paper using a press. Her design was inspired by a star party at Pine Mountain Observatory in Bend, where she peered through a telescope for a large, clear view of Jupiter and as well as an imploding star.

Bennett also showed her the process of making a collagraph, which combines collage with printing. She wanted to incorporate the texture of snakeskin, and glued a snakeskin onto cardboard, covered it with matte medium, inked it and ran it through the press, creating a print revealing the pattern of the reptile’s skin.

She also used the press without ink to emboss paper, creating a subtle texture around her pencil drawings, which hung on the walls of her studio at the ranch.

On a table was a disc resembling the bottom of a basket. Eckert had been weaving it from pine needles she’d collected at the ranch. “Every single night, I’m just adding to it and adding to it,” she said. She’d learned the technique at Ekone Ranch in Goldendale, a nonprofit where Eckert led children enrolled in the camps in exploring the relationship between arts and crafts and the natural world.

“It’s nice that I can be here and really explore and be supported and have artists teaching me things,” said Eckert, 32, who added that the local artists who shared their expertise included Carolyn Platt, Kit Stafford and Roundhouse Foundation founder and artist Kathy Deggendorfer. “That’s been really amazing,” she said. 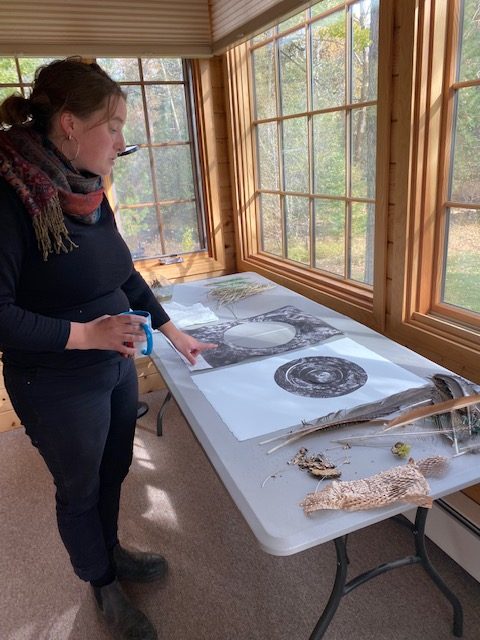 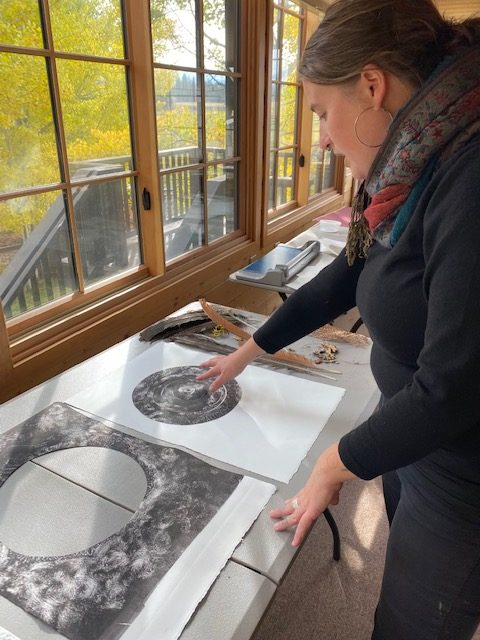 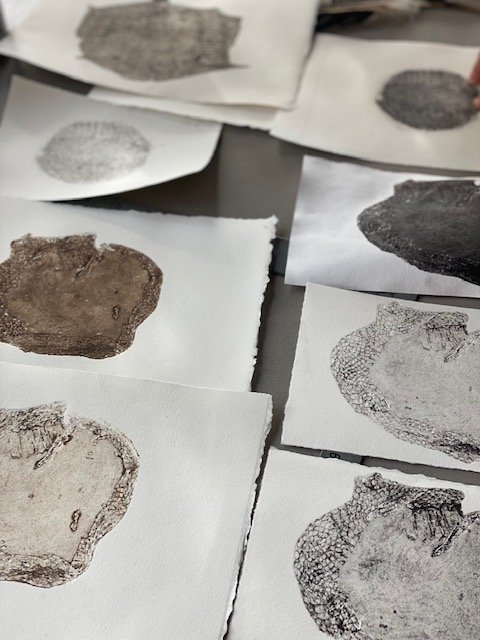 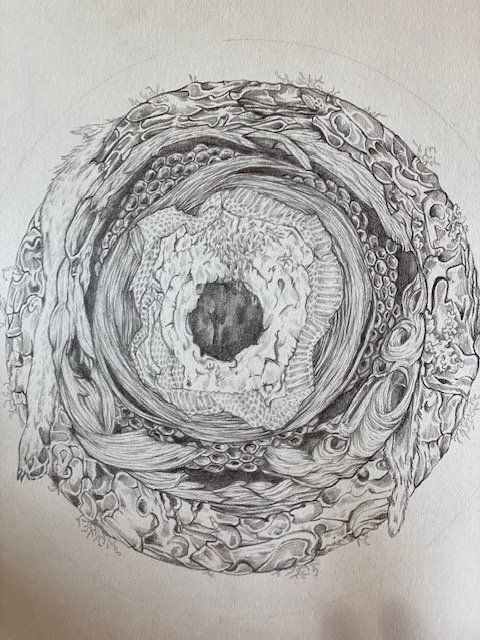 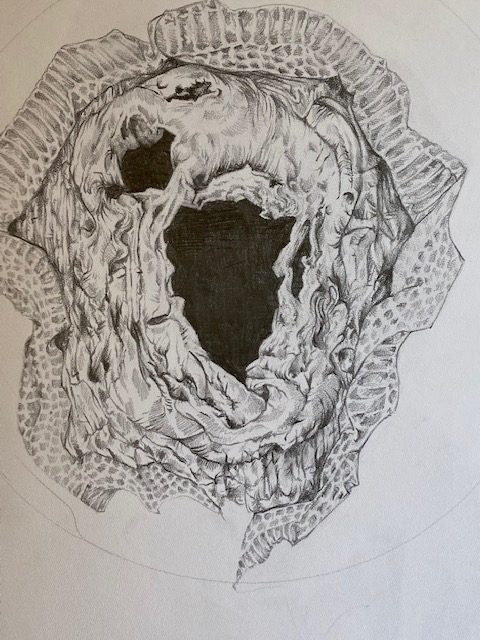 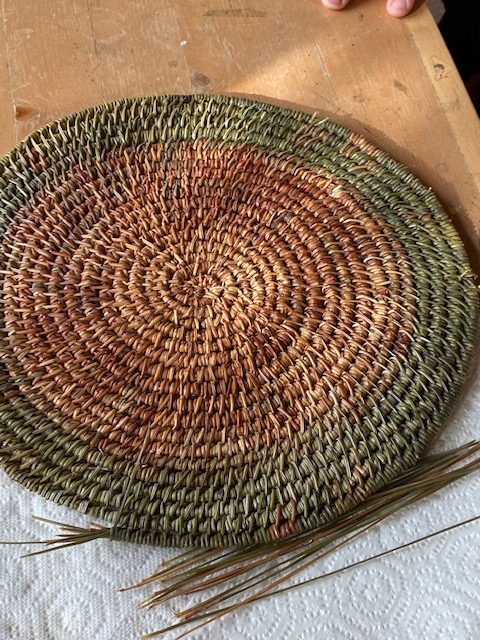