A return to the studio allows revisiting a theme

During the last few years, Michael Boonstra has been busy creating several large public art projects in addition to teaching art at Oregon State University. A residency at the ranch offered the opportunity to get back in the studio and start to do some, smaller, more immediate drawings and do some work on an installation.

Most of his drawing is related to sites scarred by fire. He began with a series in 2005 around the Clark fire, just outside in Eugene, and has been revisiting that series every two to four years.

“I just keep on playing with scale and materials and changing stuff, so they all echo each other,” he said, working in a studio that for decades served as the ranch workshop, with a view of the meadow, roaming cows and Black Butte on the horizon. “I didn’t really plan on making it into a series, but since fire is just becoming more and more a part of our lives, it just kind of had its own life to it and it feels like the series isn’t done.”

It will likely be something that he revisits cyclically in the future. This time also marks his second residency here. In 2018, he was selected as one of eight artists during a pilot of the PMRCAA residency program.

“The first time I was here, I made two of these drawings that were fairly large, 6 by 8 feet,” he said. One employed traditional materials, acrylic, graphite and wood and for the other he used charcoal from the Milli fire which burned more than 24,000 acres of forest land in the summer of 2017 after lightning struck in the Three Sisters Wilderness area and forced the evacuation of about 600 Sisters residents.

This time, during his two-week residency in mid-July, Boonstra is returning to the subject but on a smaller scale. “I’m experimenting with some colors as well,” he said. Most of his work has been rather neutral, so the incorporation of blues, reds and browns is new.

He also worked on redo of an installation he’d created, near Eugene, where old growth forest around a beloved swimming hole was destroyed. The installation involved drawings on large translucent panels that formed a cube. Melting ice drips through a hole in the top of it, lights illuminate the drops that fall onto a small lined pond below.

“All of that reflection gets bounced back up onto these panels,” he said.


His favorite swimming hole is different after the fire — the water is warmer because it’s no longer in deep shade, and algae grows in the warmer water, he said. “I think fires in general are a positive thing, which we largely ignored for a century and a half. Now we’re paying the price because we have way too much fuel, but I’m just interested in those landscapes.”

He likes backpacking through burn areas, and sees them with an artist’s eye. “There’s the silvery and metallic char, and you start to see wildflowers in abundance in places where they never were before,” he said.

Photos below: Some of Michael Boonstra’s works in progress at Pine Meadow Ranch. 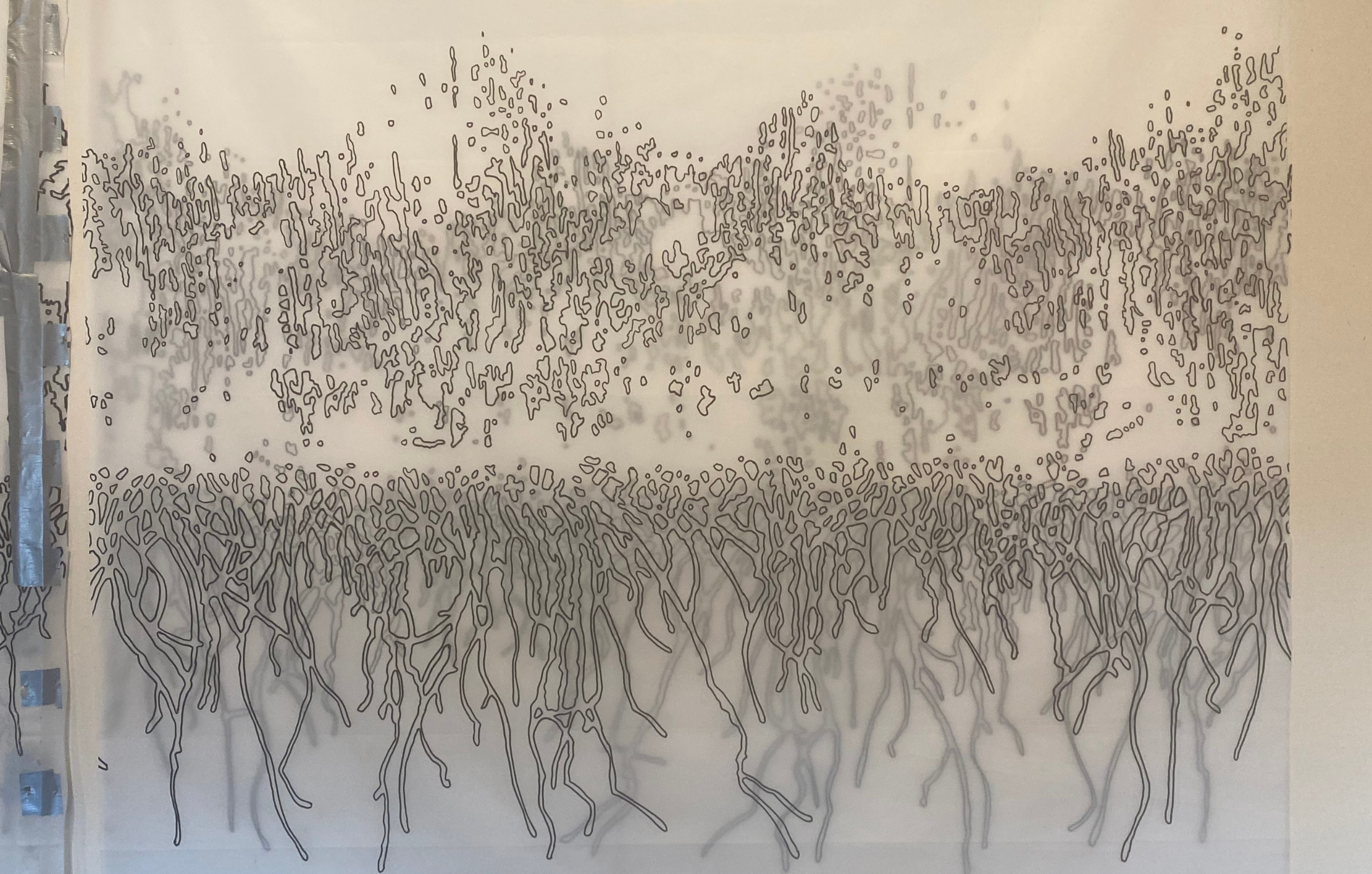 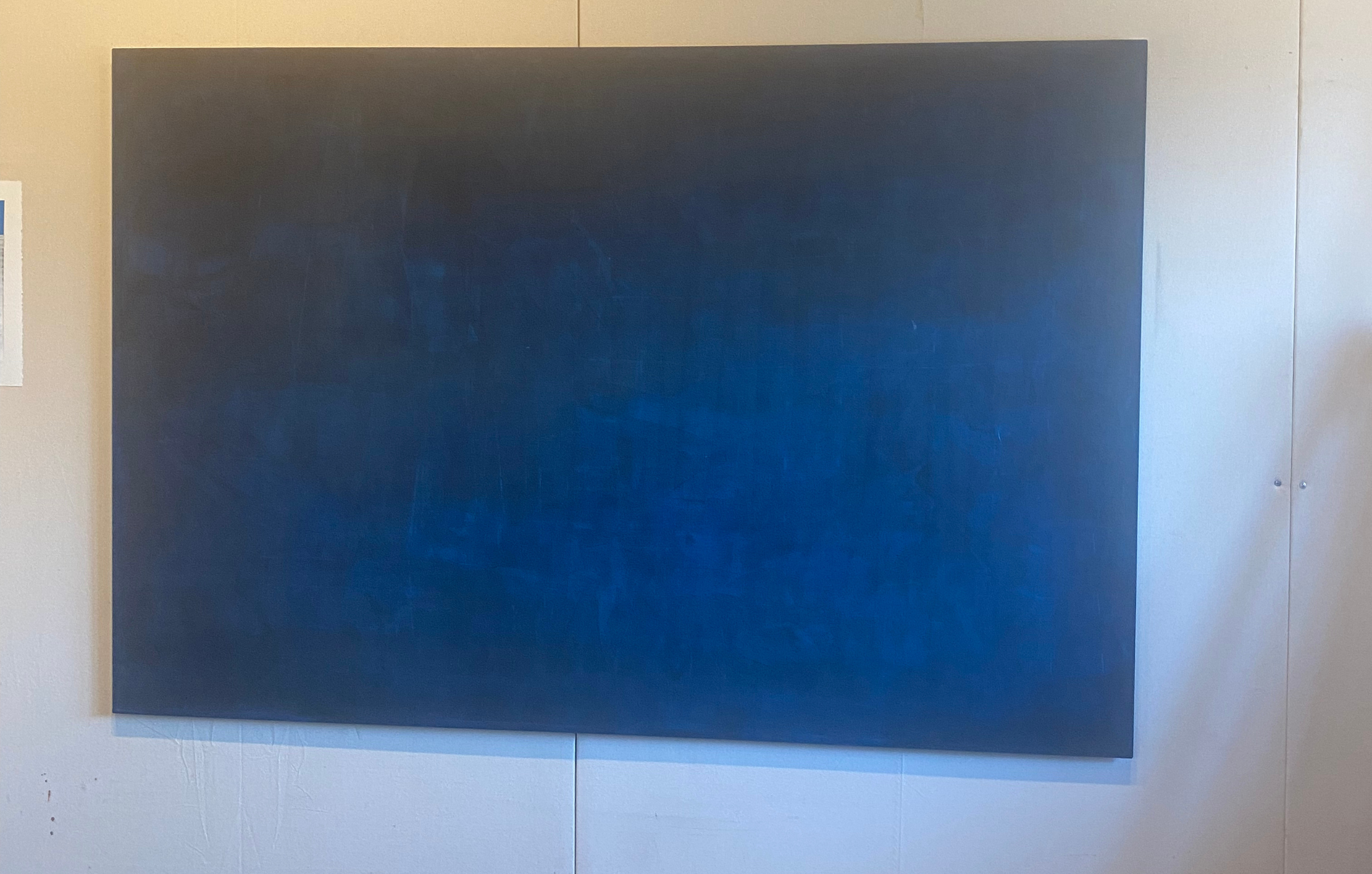