Three artists in residence throughout April each worked on a range of projects—outdoor sculptures of timbers and steel, paintings made with ground lichen, hand-embroidered, sequined, fringed Western wear and drag performance art. Each said their residencies allowed them to explore new territory, literally as well as in their multiple disciplines. Being connected with each other and the community broadened their practices as well.

It all culminated in a studio tour at the ranch for guests who’d signed up in April at the first of our free, public lecture series, which has the theme “Coexistence and Regeneration.”

During the studio tour at the ranch, Lucy Maude Ellis, a multidisciplinary artist based in St. Louis, showed the hand-embroidered, sequined cowboy-style textile work they’d focused on during the residency. “I’m also a drag artist and so my main character is a cowboy drag king called Jack Lope,” they told the group. “I used to work in ranching for about four or five years. He (Jack Lope) initially started as a way to kind of process that space and the culture around that.”

Ellis performs regularly in clubs in St. Louis as Jack Lope, “an embodiment of both the most imperialistic sides of American cowboying and its queerest,” and also performs as a female character. “I think both to me are the same amounts of drag,” Ellis said, wearing a long blonde wig, snug jeans, a locally purchased hat and a pie-plate sized belt buckle.

“My experience here has been lovely,” they said. “A lot of my work is very slow going to do, it’s all hand-embroidery, so I’ve definitely been enjoying just literally hours in the day to just sit and work on it.”

Ellis said, “It actually really helped because this is something that I’ve been kind of like putting on the back burner, just kind of like ticking away at over a few years, but talking to all these other artists here was something that I love—the community. I love the history about craft, I love the way it relates to art, and so essentially I learned a lot of things from the people here, and it’s going to be kind of a new focus. So that’s very fun.”

Austen Camille Weymueller, an artist, writer, carpenter and arts organizer based in Alvin, Texas, and Philadelphia, also thrived at the residency in April. Her practice relates to land ecology. In her painting, she uses local pigments from natural materials such as bright green, ground lichen.

“For me, working between inside and outside is also really important,” she said. “So having a studio space to bring all these materials back and process it and throw my thoughts out onto the wall.” Her work extended beyond the walls to sculptures installed in the surrounding woods. “Horizon #1″ marks the coordinates 44°16′ 38” N, 121°33′ 9” W with a wood-framed square piece composed of Ermabell loamy fine sand, dolomitic lime, kaolin clay, biochar from burned wood at the ranch, water from Whychus Creek, found wood, screws.

A marker states: “There used to be water here. Mount Mazama destroyed itself / erupted and collapsed in upon itself about 7700 years ago.”

Spaces of quietude and slowness, rarities today, aid her process of making. To have the guests view the work, including a painting viewed from a bench she built incorporating a Ponderosa log, fulfilled her hope to create it for others to experience, she said.

Adam Bateman came to the ranch from Utah with a plan to work on a novel and do sculpture using fabric. He brought loads of material which he didn’t even take out of his car. On the first day, when Varas and Becky Lukens, the ranch residency associate, gave artists a tour of the ranch, he was struck by the interior of the roof of the historic round barn and the almost optical illusion created by the boards that can look both straight and curved in forming the conical shape.

“It’s like a mystery, and I thought maybe I could make something that reflects the way that that happens,” Bateman said. “And so I went to work designing a sculpture that addresses that.”

He did not name the sculpture on the edge of the meadow, but Bateman said someone said it reminds them of a giant pencil shaving.

“There are some things that I didn’t anticipate during the building that were really kind of cool, like in some places that the curve really happens in some places because of the shape of the cone, then the wood starts to be vertical, and because it’s two cones inverted, it does this weird super-angle on one side, to really vertical on the other side,” he said. “Like a lot of good things that happen with artists, as I’m building them, they’re happy accidents.”

Even though the three artists have a range of styles, they formed a tiny community, they said. “We are all thinking about things about the West and things about performative gender and things like that,” said Bateman. He noted that Weymueller made a parallel in two paintings—the shape of his fly-fishing line and the shape of a cowboy’s lariat, such as one that Ellis’ character Jack Lope might use.

“That represents something about that we are really excited about our time here,” he said. “We came from different sorts of perspectives, but with some overlapping interests. And it really connected in lots of ways, and it’s also a credit to Ana and the staff—the way that we were ‘curated.’ ”

Varas said that she saw how their practices, although different, intersect and complement each other’s. “My hope was that sharing their residency would spark dialogue and unique conversations that would eventually inform each other’s practices, and even create new collaborations. And it did happen. One day I saw Austen helping Adam trying to figure out the best way to solve an issue with his sculpture—they all came up with a plan to work together with the young adults visiting from Heart of Oregon Corps (a nonprofit providing job skills training, education and leadership). They would have conversations on topics related to ecology, gender, land use issues and other topics.”

Engaging with the natural world, each other and the community goes to the heart of what a residency at the ranch is all about, and these artists did just that. 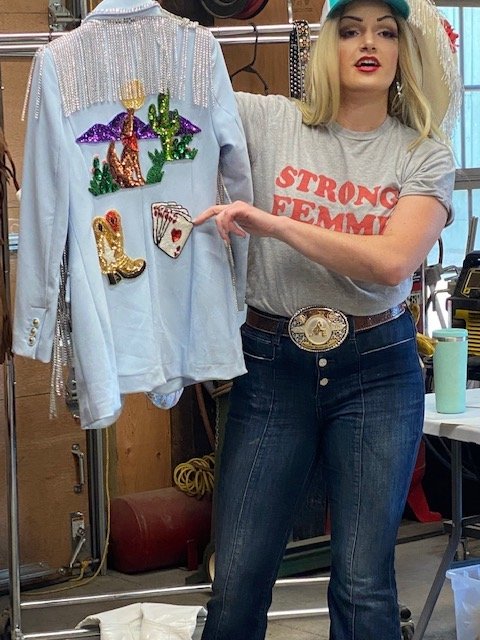 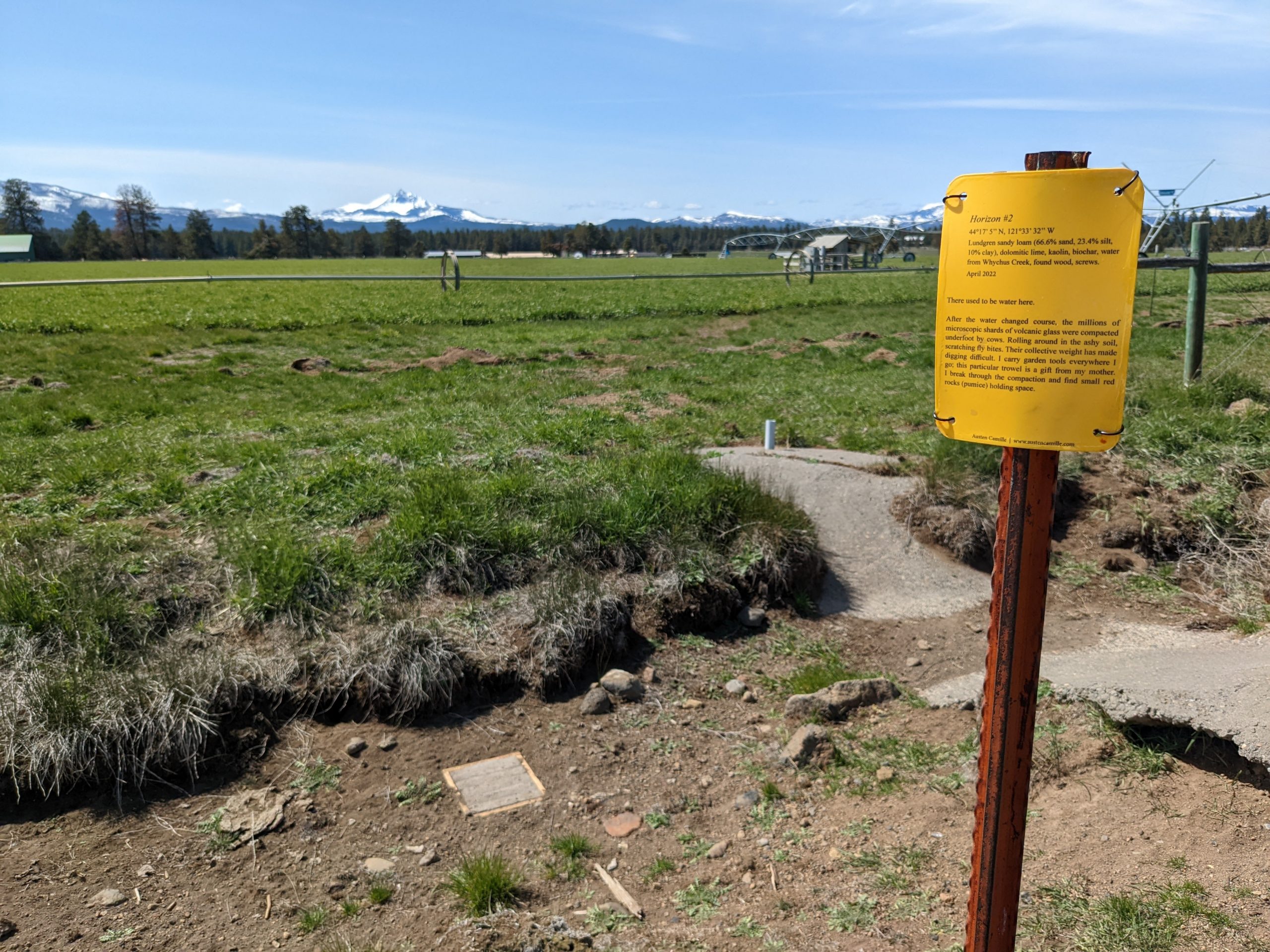 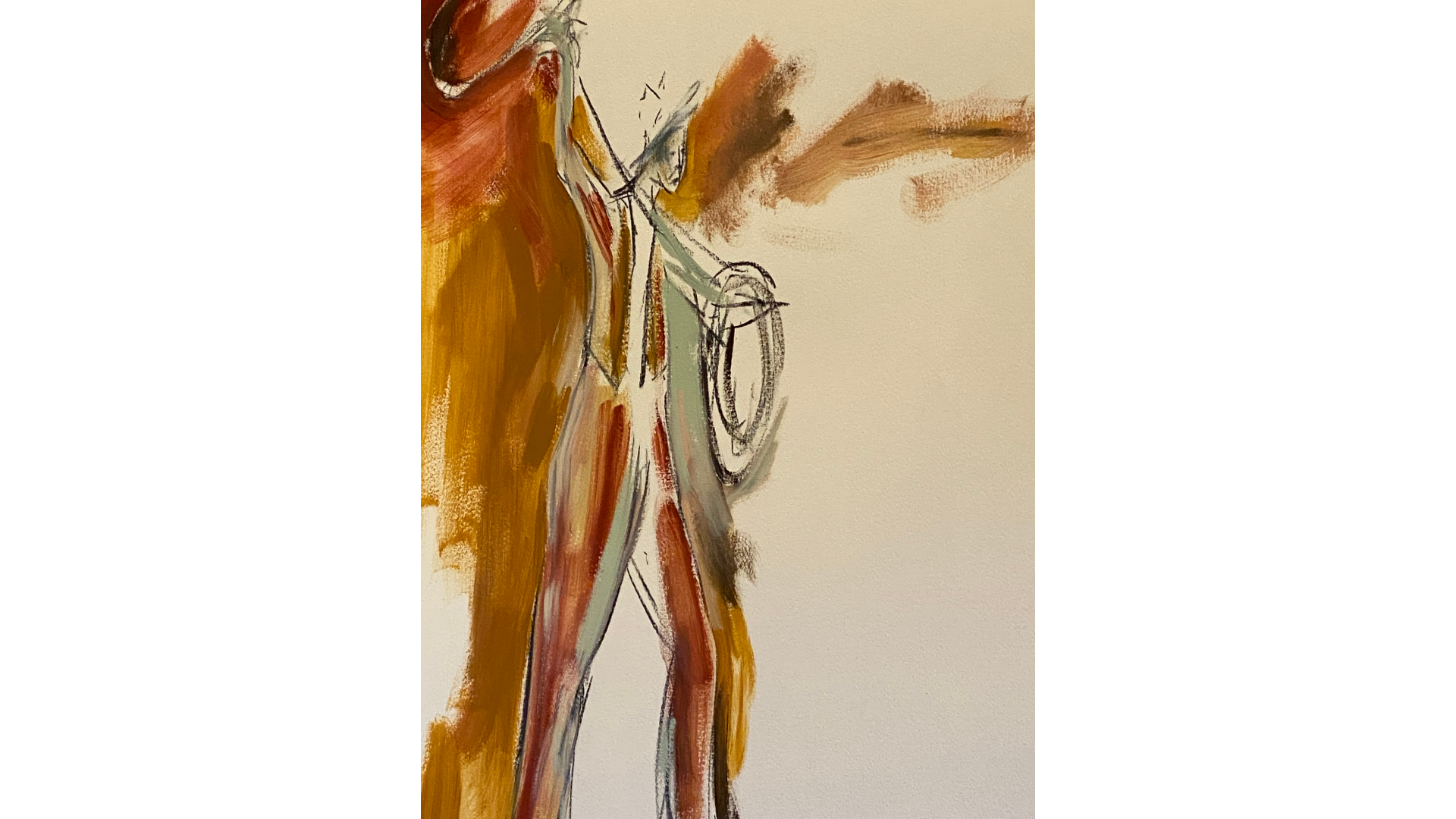 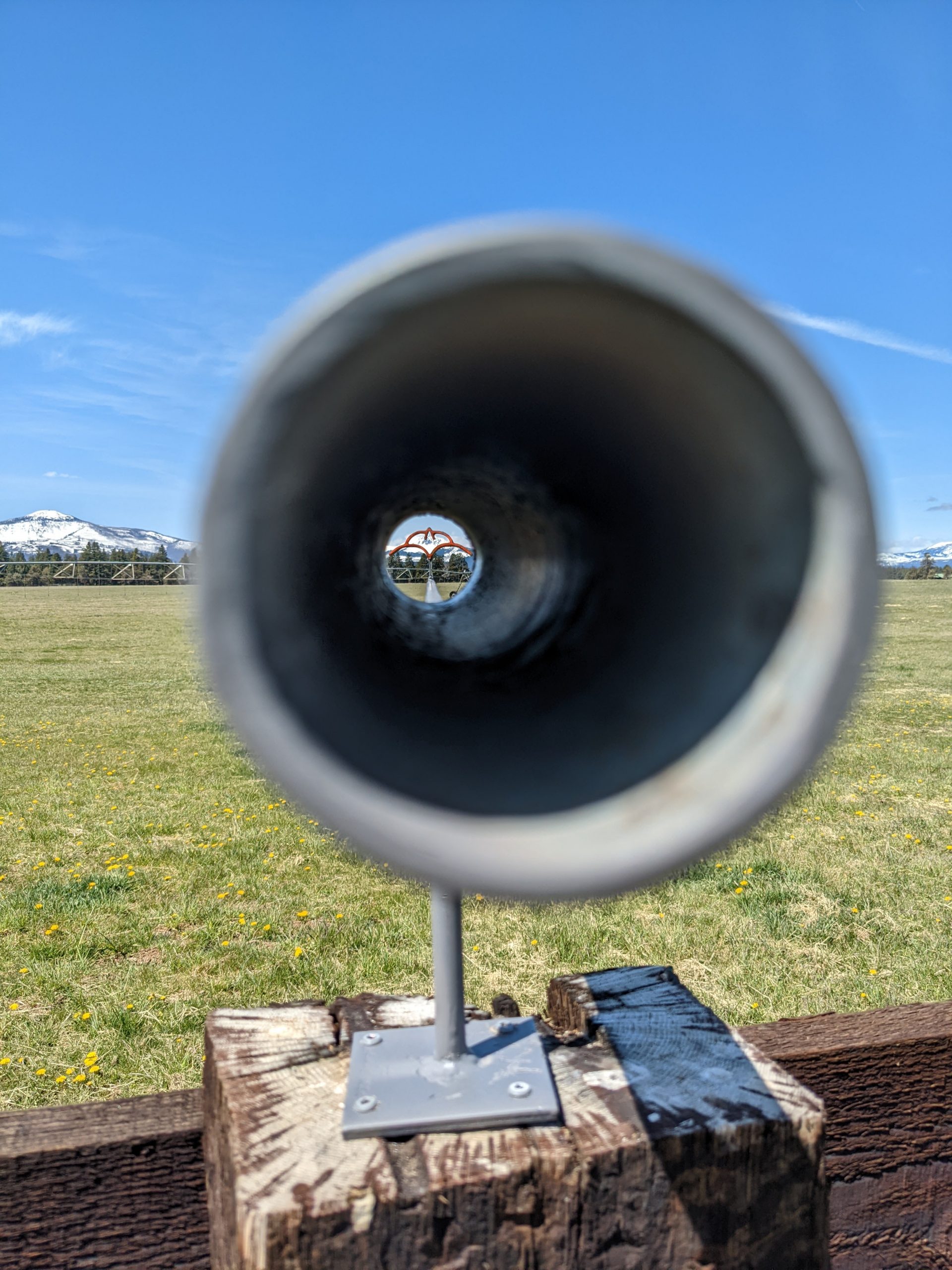 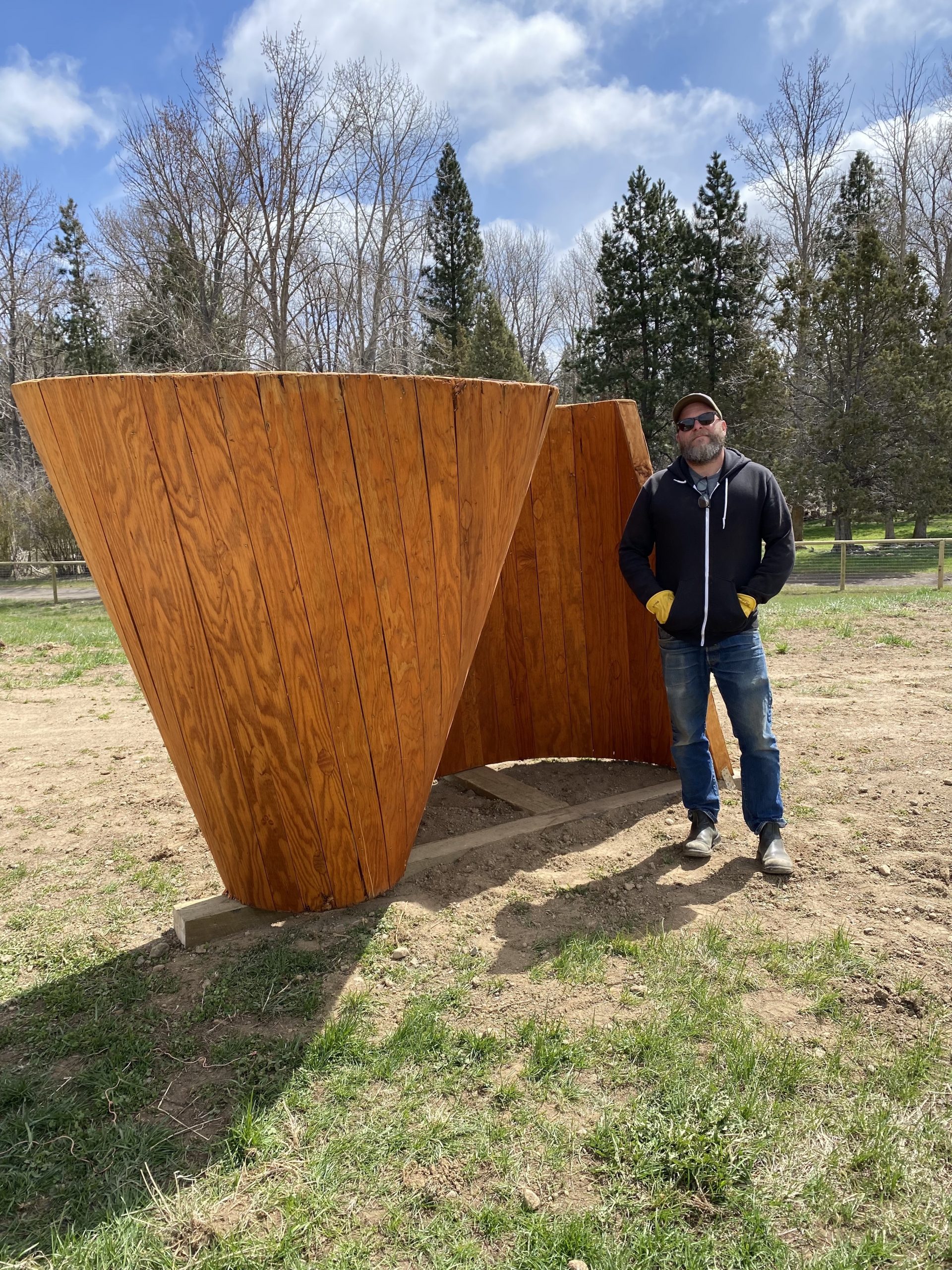