Throughout the Northwest, the demand is growing for educational programming with Indigenous perspectives and Native artists sharing their culture, values and stories. The capacity to meet such requests has been the biggest challenge for Confluence, a nonprofit that works to connect people to the history, living cultures and ecology of the Columbia River system through Indigenous voices.

Through a grant from The Roundhouse Foundation, Confluence was able to fill the void this year by creating the position of Indigenous Emerging Artist/Educator. In Mersaedy Atkins, they found an ideal blend of skills for the dual roles. She’s a graphic designer who also creates one-of-a-kind apparel and accessories inspired by her Native heritage, and has taught Native languages at the college level.

To support the Toppenish, Washington resident as she takes on her first assignment serving schools throughout the Columbia Gorge Education Service District, Confluence worked with the foundation to convene a gathering of mentors at Pine Meadow Ranch for a weekend. Seventeen of the region’s best-known cultural educators and a few staff members of Confluence participated in discussions around successful mentor-mentee approaches, trauma-informed education and Native well-being practices embracing ancestral teachings and traditions. Atkins also presented for the group her goals for her new endeavor.

“It’s so important to bring community to support someone to do this, so that they’re not on their own, and they really feel connected,” said Colin Fogarty, executive director of Confluence. Tapping into such a network isn’t easy because the number of people in the region working in the nascent realm of Indigenous education is relatively small, he noted. Those at the ranch conference included Ed Edmo of Portland, a Shoshone-Bannock poet, playwright, performer, traditional storyteller, tour guide and lecturer on Northwest tribal culture; Jefferson Greene, a licensed Ichishkín language instructor and executive of Columbia River Institute for Indigenous Development foundation in Warm Springs, and elder Patricia “Patsy” Whitefoot, a member of Yakama Nation and director of Indian Education/Yakama Wellness Coalition in Toppenish.

Heather Gurko, Confluence’s education manager, said much of the discussion focused on Indigenous values and how to incorporate them into the current lives of Indigenous and non-Indigenous people: “Where are those commonalities? Where do we find our common thread? And how do we continue to move forward together and build a community of young people who have respect at the core of who they are?”

Atkins, of the Colville and Yakama nations, shared her vision for this opportunity, saying, “My mission is to enhance the beauty, strength and resilience of Indigenous communities by returning to our roots in healing through the arts and culture.” Her arts work will focus on Powwow regalia. “In our community, a lot of parents, younger parents, even older ones, they will want to join the Powwow or have their kids learn, but they don’t know how, and we don’t have those elders — we were never taught, so I felt this is a perfect opportunity to create those spaces to teach them.”

The project will go well beyond simply sewing and will include significant cultural components, she said. She plans to create a database of patterns and an accompanying curriculum. Youth activities such as traditional, regional dancing and traditional food preservation are other projects underway, and she’s been connecting with other interested community groups. “It feels like the stars are aligning right now,” she said.

Atkins is also a beader, a weaver and a traditional food gatherer. “All that didn’t just come to me,” she said. “I didn’t have a bunch of elders when I was growing up. So I had to go search for it. I think that’s why I’m so passionate about it.”

Creating intergenerational spaces for learning is integral to healing, she said. “Connecting with the past to create our future — a lot of our communities are broken right now, but we can’t just focus on all the trauma, the negative and the dysfunction. Part of it is recognizing it, but it’s also about figuring out solutions to build our communities and make real connections with families and non-Native people and we’ll be able to heal and grow.”

As an artist, she envisions Indigenous aesthetics going global.

“I like to incorporate (Indigenous) colors, styles, designs and patterns into mainstream clothing,” she said. “A bunch of fashion designers are making it right now. They’re going to Paris and New York Fashion Week, I was like, that’s going to be me.” 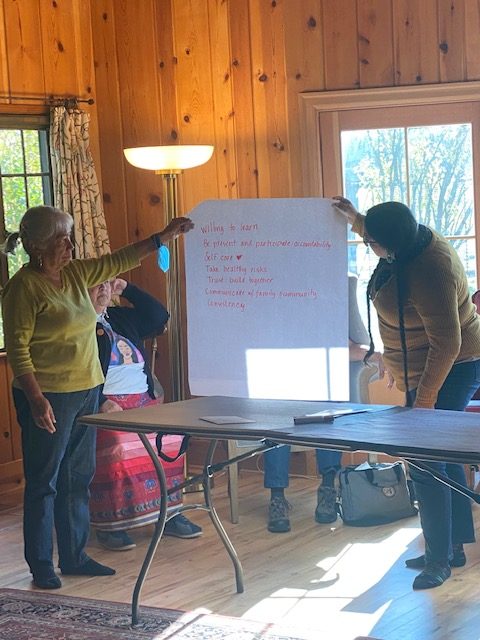 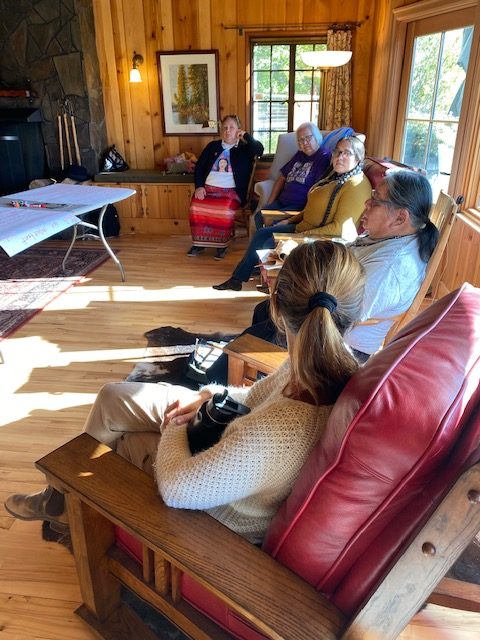 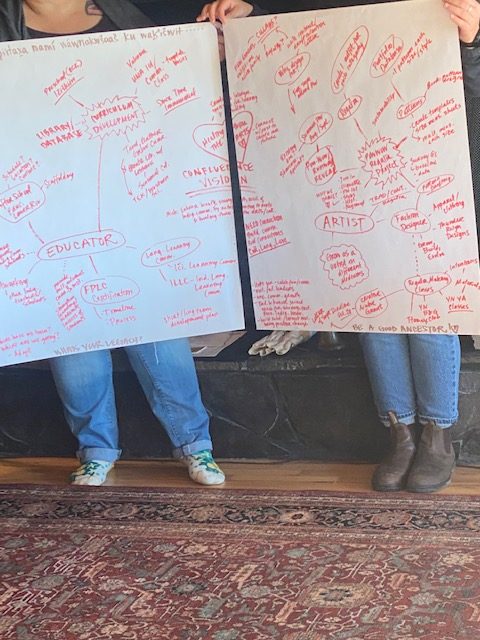 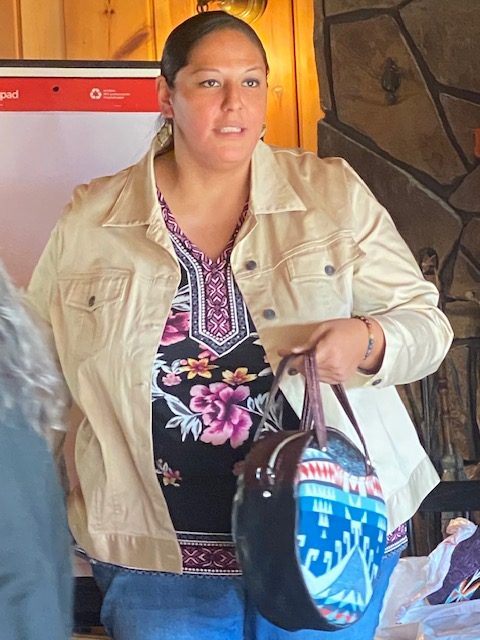 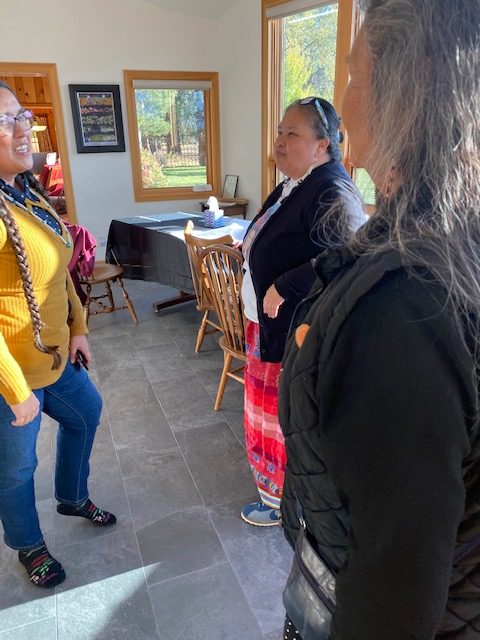 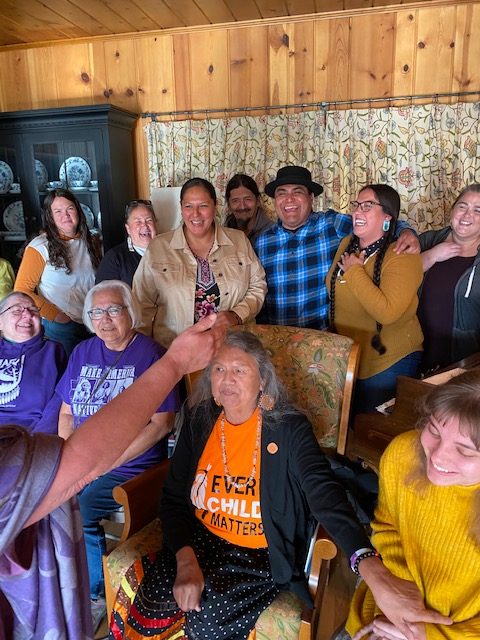