Fiction, Informed by a Residency

Story and photos by Cathy Carroll

For Liza Birnbaum, a residency at the ranch offered potent ingredients for fueling her work on a novel: a comfortable wing chair facing a sweeping Western landscape, time away from the demands of her life in Seattle and interesting conversations with a range of people whose environmental work might inform her fiction.

“I grew up in northern New Mexico, and I feel like the big landscapes of the West are very important to me in terms of happiness and creativity,” said Birnbaum. “It’s been really lovely having this view out the window. It puts you in a good state of mind to do expansive work.”

She writes in longhand in a spiral notebook and by week three of a month-long residency, had already gone through multiple pens. The ink went toward an early draft of a book about two longtime friends who set out together on a bike trip. About two weeks in, one has to return home to care for her mother who’s become sick.

The other woman continues on, partly because she has just given away much of her inheritance from her grandfather, the founder of an oil and gas conglomerate, and that has put her on the outs with her family. The character turns the bike trip into a journey to discover how her grandfather’s business impacted the natural landscape that she’s moving through.

Birnbaum was drawing on a bike trip she’d done with her best friend from college after they graduated. She hadn’t thought of having the protagonist give away her fortune until about a year and a half ago, when she read the book Strangers Drowning by Larissa MacFarquhar, a staff writer for The New Yorker. Subtitled “Impossible idealism, drastic choices, and the urge to help,” the book details the lives of people of extreme ethical commitment — from a couple who adopts 20 children, to a couple who founds a leprosy colony in the wilderness in India, knowing their two small children may contract the disease or be eaten by panthers.

“Interestingly, there’s a lot of stigma around being too altruistic,” said Birnbaum. “There’s a sense that they’re kind of nuts basically in our culture.”

The book spurred her on to more research and she learned about a sociologist studying people giving away their trust funds or inheritances. “I got really interested in that, so that kind of folded into the novel, after the bike trip part had already been on my mind and this environmentalism part had been on my mind as well. The thing that really interests me is, what does it take for someone to start to think beyond what is individually good for them and more about what is good for the wider community, even if it goes against their individual interests?”

She found that her curiosity overlapped with the work of fellow artist in residence Sandra Honda, whose conceptual art project involved interviewing people from the region about climate and their direct involvement with the land — from ranchers, teachers and scientists to artists, environmentalists and philanthropists.

“I thought they were totally fascinating,” said Birnbaum. She named two in particular, Bill Anthony, retired district ranger for Sisters District, U.S. Forest Service, and Robert Bryant, retired manager of Oregon Department of Transportation for the region. “Both of them talked about thinking ecologically and also thinking forward about what would be good for the community as a whole,” she said. “They both talked a lot about how hard it is to get people on board with things that are new to them. There’s really a long process of getting to know the community if you’re an actor trying to make things better, to change things — listening a lot to the community, building relationships with people so that they feel trust, even if their opinions are really different.”

For now, she’s still trying to figure out how that might fit into her book with a main character who’s transient. She mused: “What might it be like for her to encounter people in a community like Sisters?” 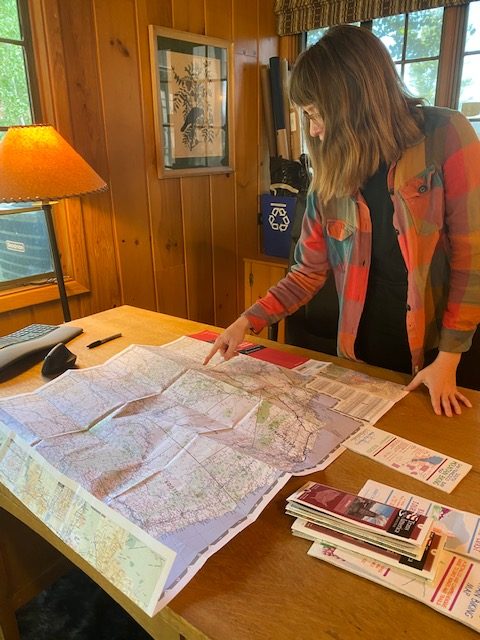 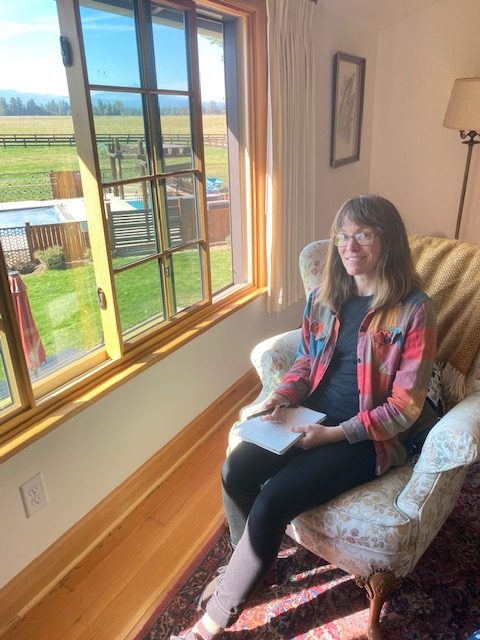 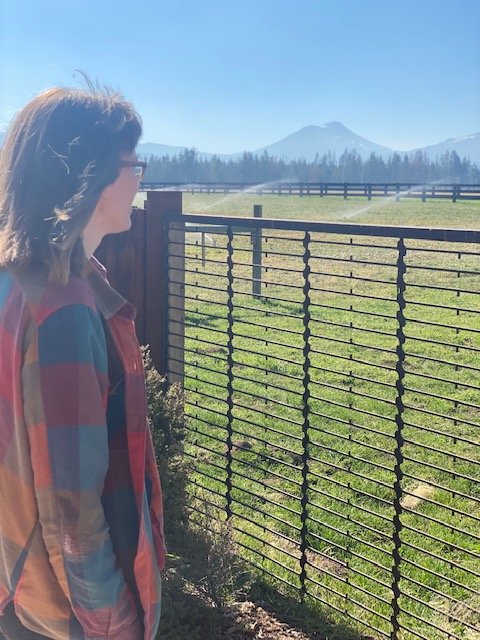 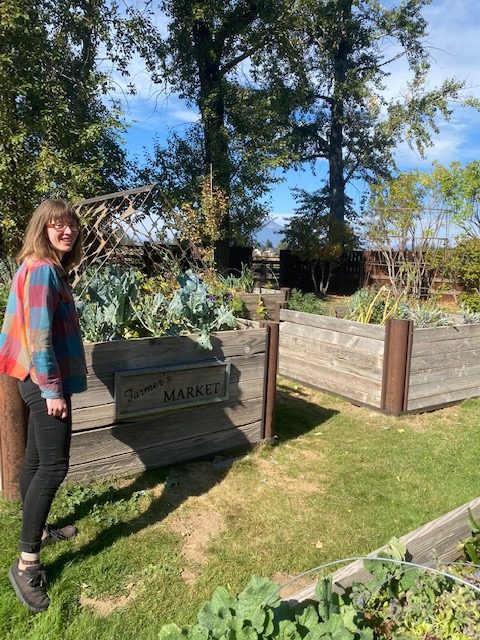