Interactive Art: Hands on the Land

One morning during her residency at the ranch, artist Sandra Honda was considering how to present her work to a small group of visitors later that week. Surrounding her on a few tables were about a dozen plaster casts she’d made of the hands of people from the region — from ranchers, teachers and scientists to artists, environmentalists and philanthropists. Honda recorded interviews with each of them, too.

“The project is focused on capturing everyday people’s stories and the changes that they’ve seen,” said Honda. “The stories are about climate, but also about the hands on the land. You don’t hear this so much in urban areas — this tremendous love and connection to the land.”

The environmental theme is new for Honda. “Until this residency, much of my recent work had focused on reclaiming my Japanese-American heritage, the intergenerational impacts of the Japanese-American incarceration during World War II and extending that through contemporary issues of Asian hate crimes,” said Honda, a third-generation Japanese American who lives in Eugene.

Her latest project involving the cast hands, however, fits within an overarching line throughout her work: creating an ethos of love and care. She decided to create an installation of the hands on mounds of dirt from the ranch brought inside her studio, a former workshop at the ranch. On the walls she placed text of snippets from the interviews with each of her subjects.

Honda’s vision is for the project to become an exhibit in which she will again collaborate with a Taiwanese-born music composer who lives in Eugene, Mei-Ling Lee. They recently worked together on “Invisibilia,” examining Asian/American identities through photographic journals, mixed media, multimedia and performances, which ran last summer at the art gallery at The Reser in Beaverton.

Their concept for the exhibit with the cast hands is that when visitors touch each hand, they’ll hear audio of the recorded interviews. This kind of interaction is emblematic of Honda’s work. “My art is not ‘don’t touch’ art, my art is ‘please touch, please play.’ ”

After Honda made molds of each participant’s hands, she’d photograph the space left within the mold, before pouring in the plaster of Paris to make the cast. She hung the series of closeups of the white, seemingly cavernous forms on the studio wall. “They look like they’re from outer space,” said Honda. She considered creating a small book of the photographs.

The project idea came to her early in the four-week stay at the ranch. “When you come to a residency, you kind of don’t know where to start, so you sort of wander around, and something catches your eye,” she said.

For the first few days, she would do rubbings of trees. A large rubbing revealing the rough textures of the wood hung on the studio wall opposite the photos of the molds. One of the reasons she’s glad she decided to proceed with the idea of depicting the hands is that it can evolve to include more people and stories beyond Central Oregon.

For instance, following a local public lecture held by Roundhouse at the Sisters Library during her residency, Honda met leaders of two of the foundation’s grant partners, Oregon nonprofits focused on environmental restoration and community regeneration: Ashland-based Lomakatsi Restoration Project and Wallowa Resources of Enterprise. Honda would like people such as this, based in southern and eastern Oregon, respectively, to participate. If she receives funding for her project, she’ll be able to travel to the far corners of the state to do the casts and interviews. Alternatively, she may ask if she could send them simple hand-casting kits and interview them on Zoom.

“The art is not in the creation of hands, this is conceptual art,” said Honda. “The art is in the concept and in the installation — how I decide to use the hands to tell a story. I did this project this way so that it made it feasible for me to do it as a non-sculptor.”

The work from her residency can serve as a kind of a demonstration or pilot project for seeking funding that would allow it to be broader. As a socially engaged art practice, it would not be finite. “This is a project that’s forever going to have legs, it’s going to be forever going,” she said. “It’s the grace and long term collaborations that Roundhouse has with all of these efforts to build resilient communities that I’ve been able to make contact with these people. This project would not have been possible without Roundhouse’s network and that they know the stories historically and as they are happening right now.” 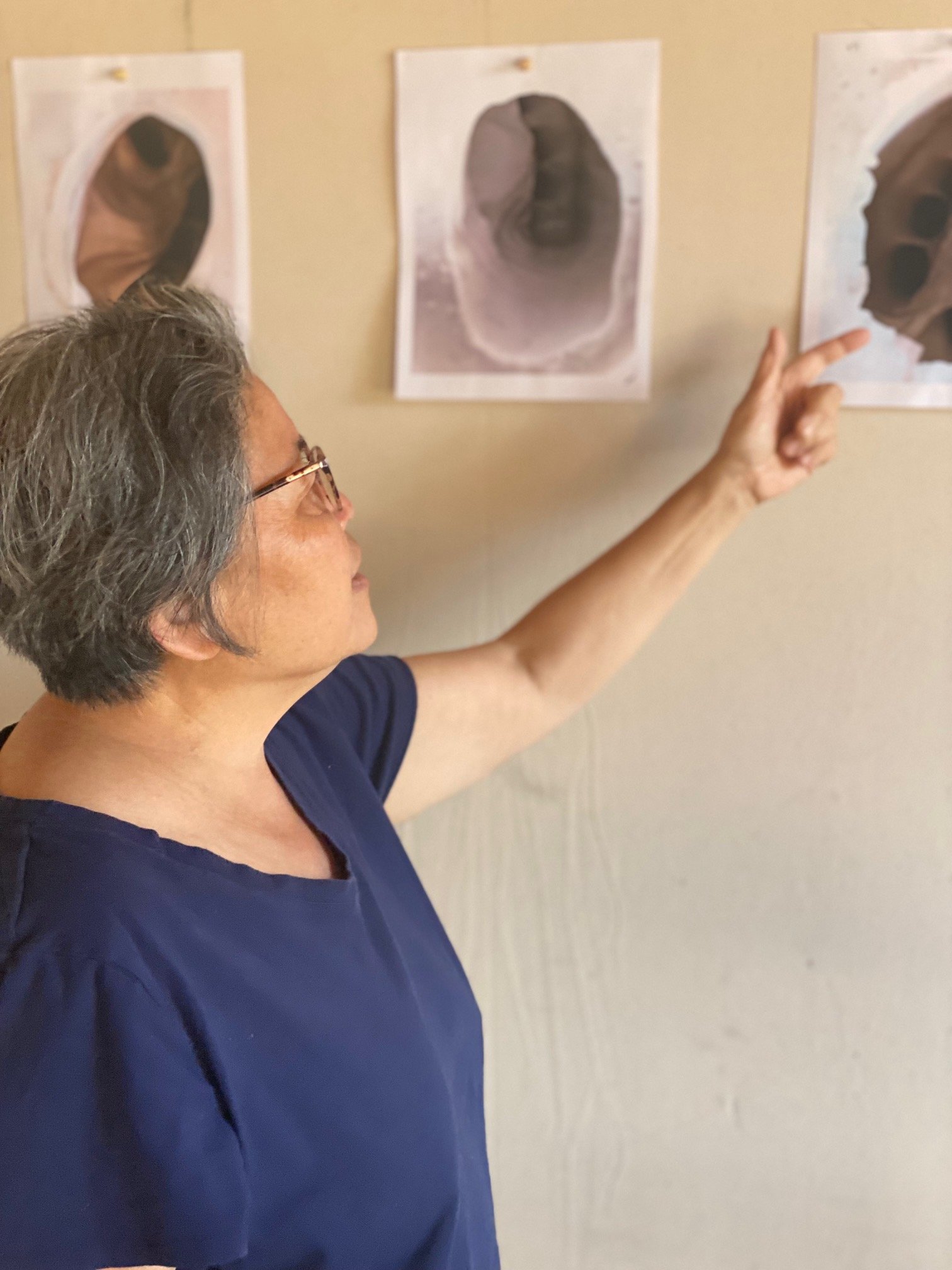 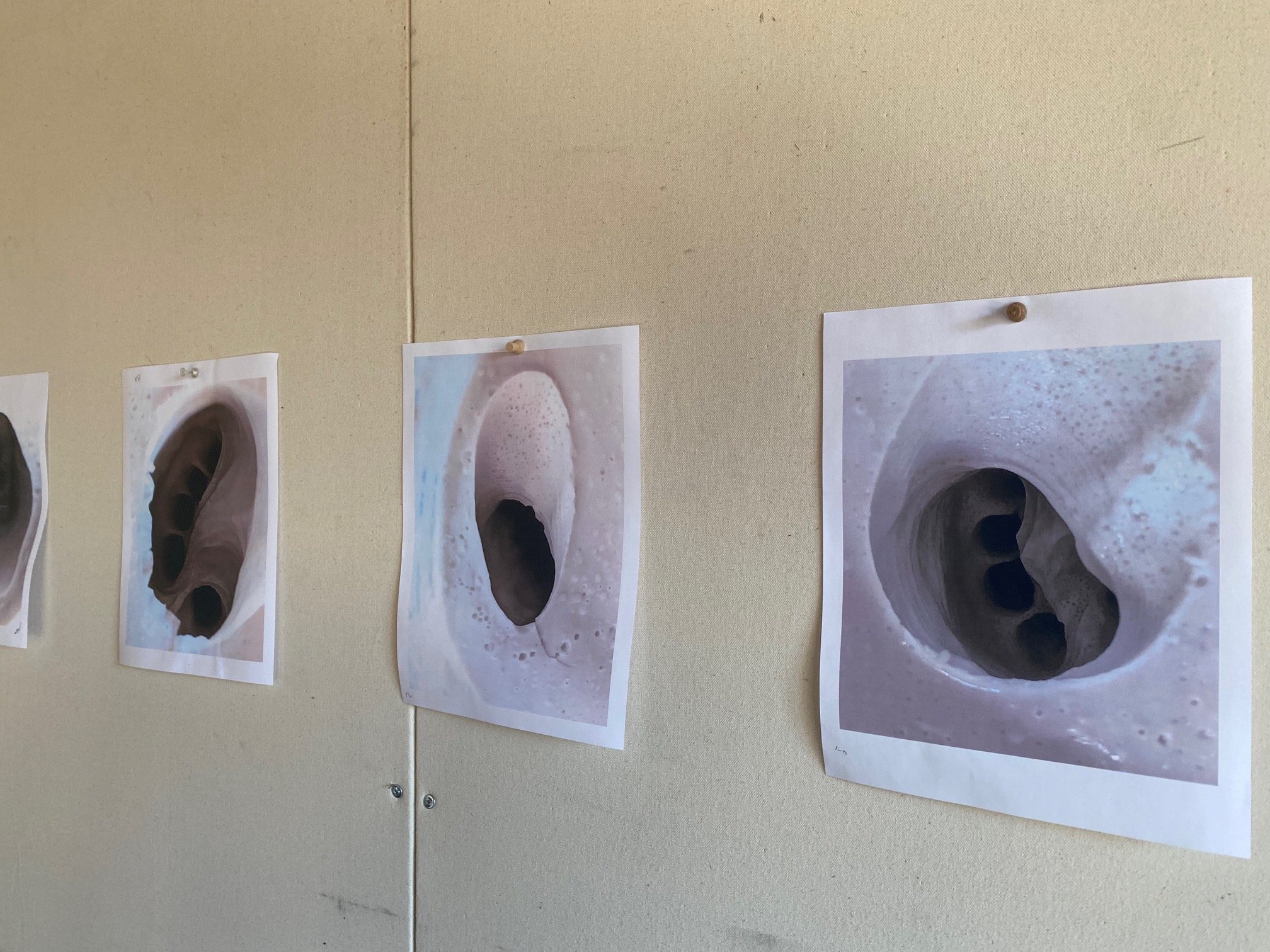 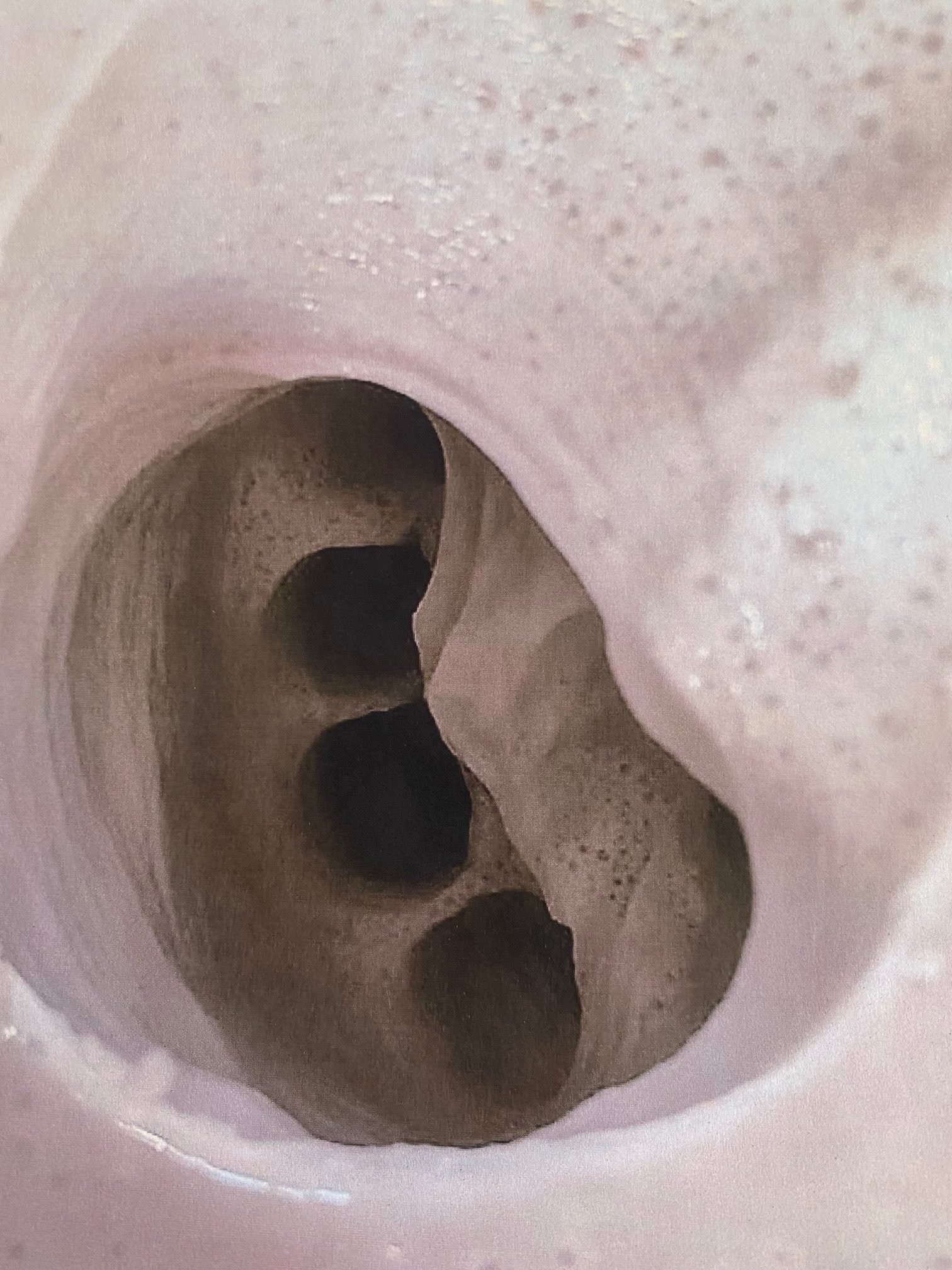 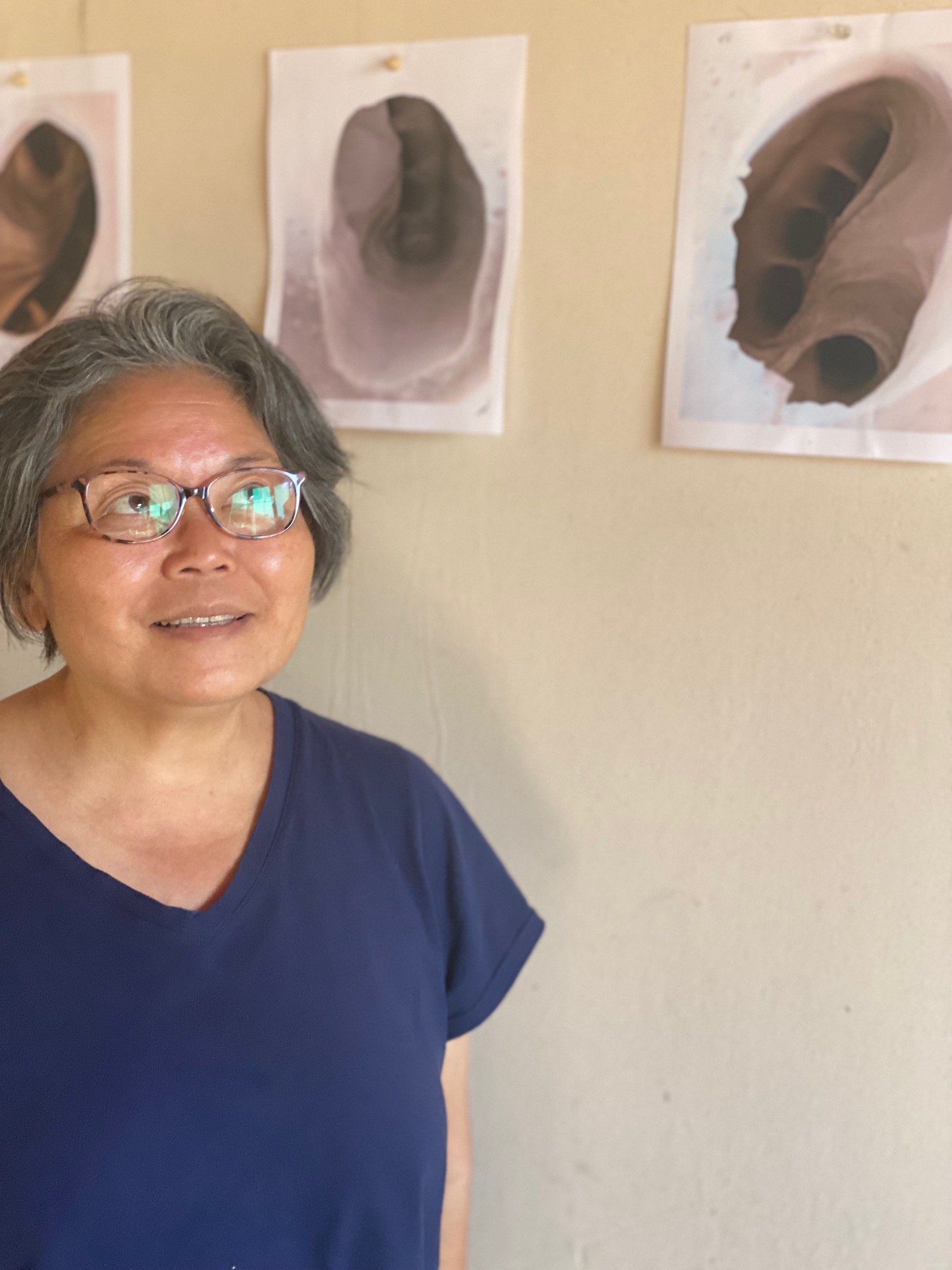 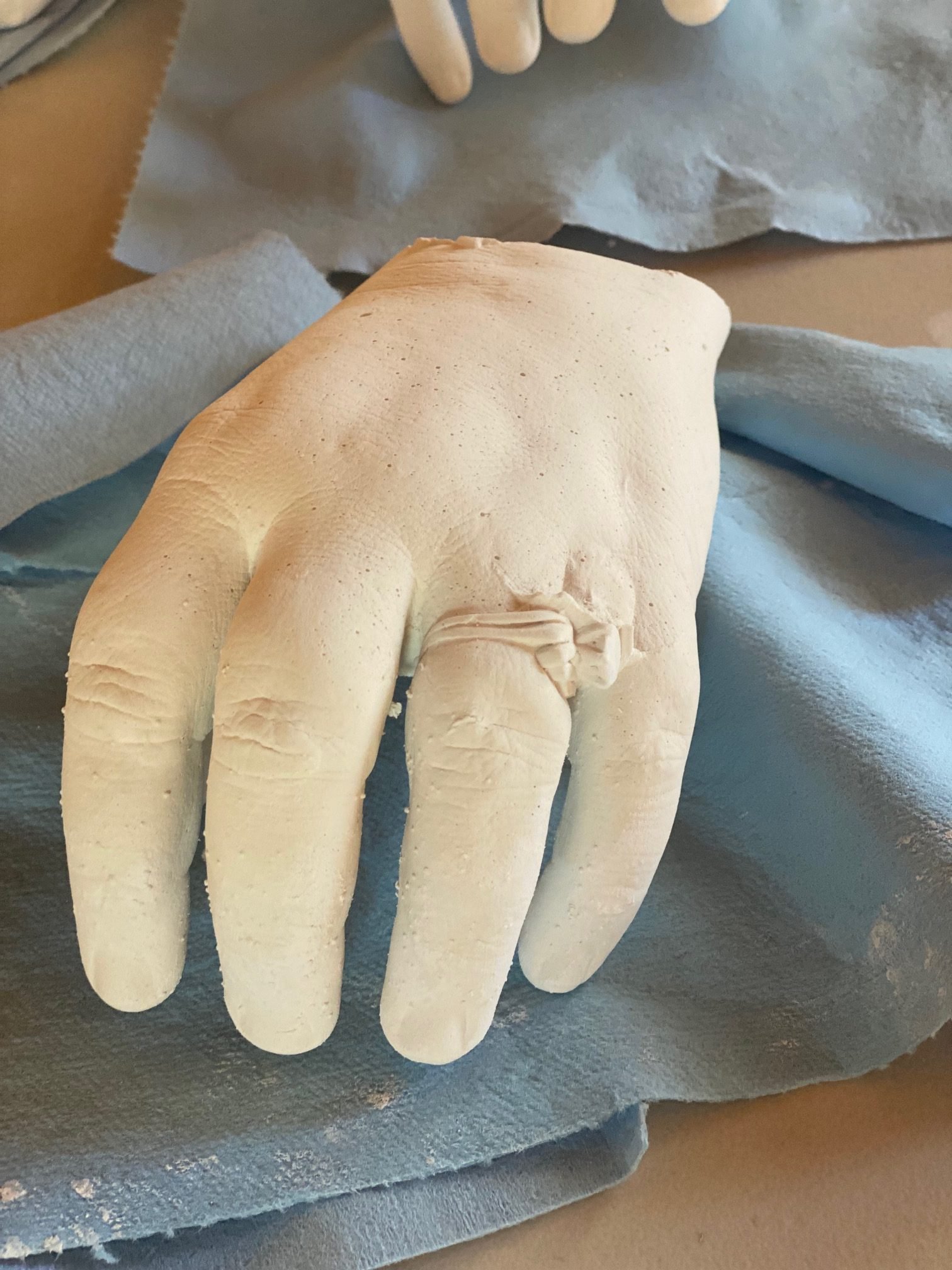 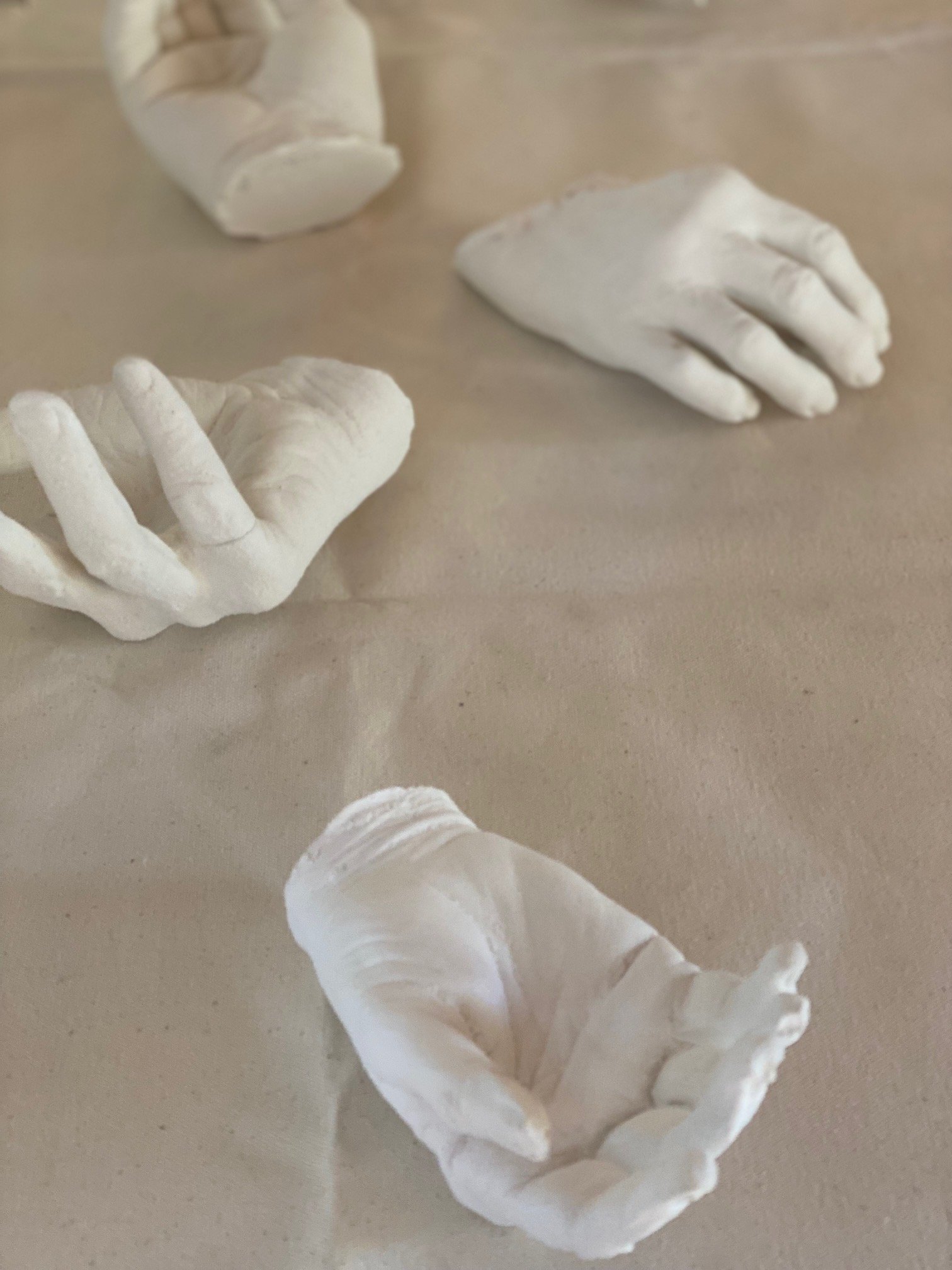 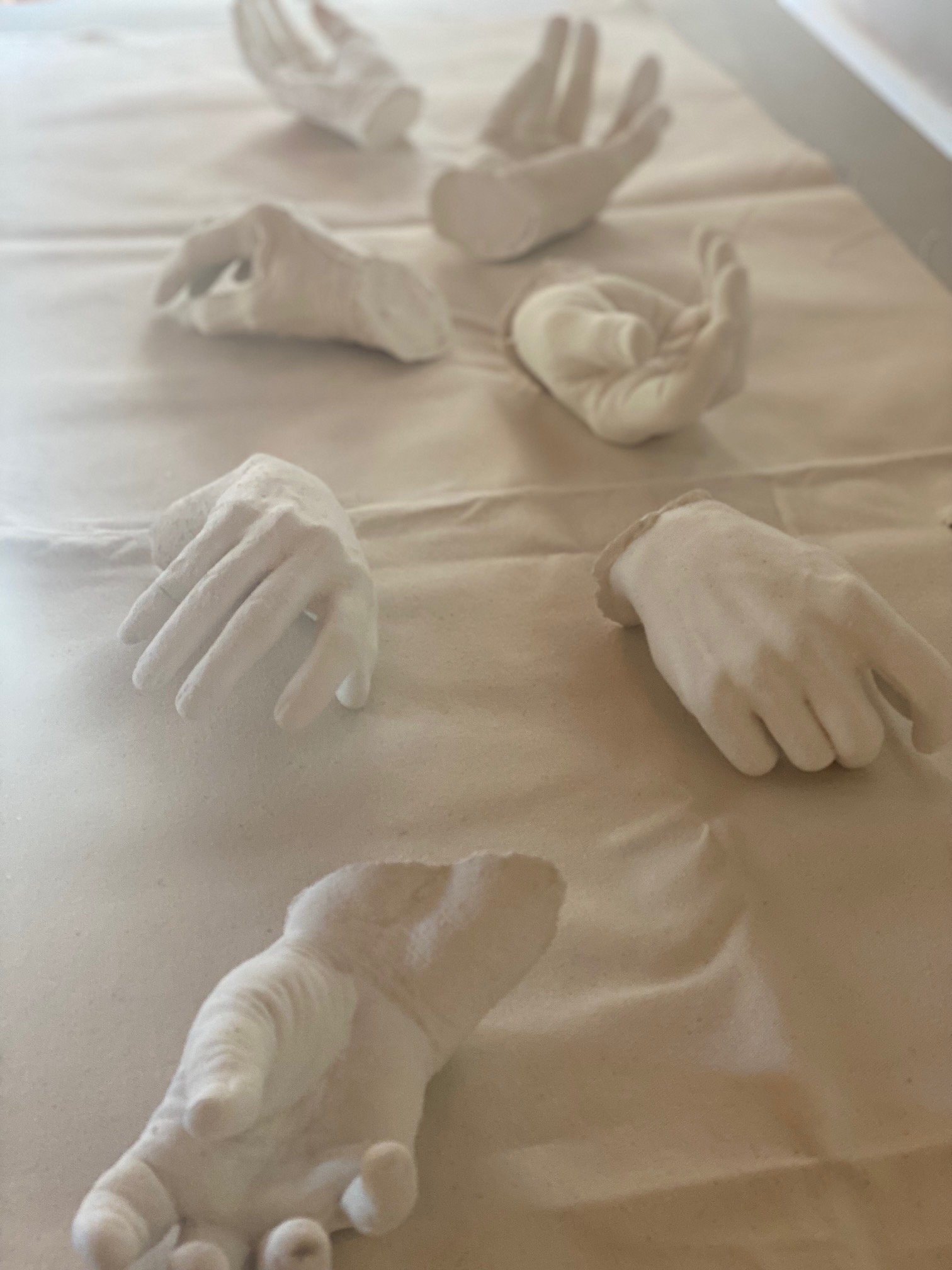