Story and Photos by Cathy Carroll

In the third lecture in the 2022 series with the theme “Coexistence and Regeneration,” three perspectives were offered on important work connecting history, culture and ecology, this time on the topic “Rethinking Fire,” at Sisters Library in September.

Lomakatsi Restoration Project, a non-profit, grassroots organization, develops and implements forest and watershed restoration projects in Oregon and Northern California. Executive Director Marko Bey, described a cornerstone of the work. “It is eco-cultural restoration — incorporating indigenous tribal ecological knowledge that has been managing these landscapes for time immemorial,” he said. “So utilizing all of those practices together (including) prescribed fire. We think about fire as kind of a bad thing, but we know it’s regenerative. How do we prevent high intensity fire while living with fire and using it as a positive management tool across the landscape?”

A second important pillar of Lomakatsi’s work, Bey said, is “the hands that touch the land. There’s the science, there’s the planning, and then there’s people who do the work. So these are the land artists.” He projected an image of oak habitat restoration at Table Rock in Medford. Workers ranged from members of five federally recognized tribes, to Latinx and Euro American workforce “all together, trying to take care of this landscape. So we’re rebuilding the restoration economy.”

Just 25 years ago, loggers were pitted against environmentalists — jobs versus endangered Northern spotted owl habitat, Bey said. “What we’ve been able to build over the last close to 30 years is what we call that radical middle. How can we work with both sides and come to a place where we can take care of these landscapes and create meaningful jobs. We’re building a restoration culture.”

In partnering with federal agencies, tribes and businesses, Lomakatsi is supporting families with jobs and creating a new model for the forestry industry. “This is labor intensive work, so we’re trying to elevate that model with better treatment of workers — pay, retirement and all those things that we care about,” Bey said.

Today, changing climate has brought higher temperatures and drought. “We did a great job of putting out fire for 100 to 250 years, and the political talk is about the removal of the keystone species — tribal people who utilized fire for thousands of years and kept these landscapes intact. Forests have grown overly dense. They’ve also been logged heavily, even a lot of slash behind and species have become endangered,” Bey said.

Lomakatsi helps in managing fire, partnering with the U.S. Forest Service, Oregon Department of Forestry and other agencies to protect communities and use carefully applied fire to restore forests.

None of these projects work without building trust, and building a relationship with communities, said Lomakatsi Tribal Partnerships Director Belinda Brown. Passing on the ancient tribal knowledge of effective land practices to younger generations is essential.

“It brings a lot of hope to have a job,” she said. “I’m in heath and human services. I realized that folks need a job, and we need to help provide those jobs and build that economy in our local communities so that they have a pathway out of poverty and hope for a career, including in a natural resource career path.”

In 1995, one of the sawmills closed in Eastern Oregon’s Wallowa County, and unemployment rose to 20 percent. Martin Goebel from Sustainable Northwest, who has pioneered the practice of collaborative, community and regional sustainable development in the Northwest and several Latin American countries, met with county folks in the back room of the local bakery.

“There was probably about 700 years of life lived in Wallowa County amongst those people,” said Hayward. “The other thing they had was the knowledge that we weren’t going to cut 140 million board feet a year, but the forest was what we had to continue our future.”

They realized they had to tie the environment with the economic and the social well being of the community, which was the start of Wallowa Resources. Successes include a youth education program tied into Oregon universities, alternative energy programs and employing 28 in the county of about 7,000. Hayward, a former county commissioner for 19 years, said the local government frequently turns to Wallowa Resources to help solve a range of problems, including current ones such as affordable workforce housing.

The effect of wildfire on watershed health is a primary issue, said Cudmore, “addressing how to support jobs within our communities that support those strong hands on the landscape to do the work.”

In 2014, Wallowa Resources was asked to help implement forest resiliency projects in one of the first joint-chiefs projects in Union County and beyond — 120,000 acres of public, state and family forest. By 2019, the nonprofit was asked by the Umatilla and Wallowa-Whitman National Forests to do a collaborative approach for a grant proposal, which was important in scaling up the model.

“At a meaningful level, we’ve been able to move the needle on these issues, and work together on this proposal that covers over 10 million acres across two states of Oregon in Washington and three tribal nations and 13 counties,” Cudmore said. “This helped us cultivate a vision for doing restoration work and wildfire resiliency work on a scale that was much larger.”

Work at the local level of a project remains integral to its success, she said. “Having the contractors, forestry workers there to implement a project and understand its goals and objectives, being able to have the landowners understand what living in a fire-adapted ecosystem looks like, being able to ensure that all of your partners at the local level are working toward those same objectives— oftentimes that project level is left out when it comes to looking at this larger scale.”

This model merges investing in a stewardship economy and a strong coexistence not just with the landscape, but with the people that are working on it. “We are tasked with managing it — our private landowners, our Forest Service or Tribal nations, and being able to forge a pathway together is at the core of what we’re working on,” said Cudmore.

Artist Ken Van Rees, who is also emeritus professor and director of the Centre for Northern Agroforestry and Afforestation at the University of Saskatchewan in Canada, described his work, “Rubbing Shoulders with Burnt Trees,” art he created using trees charred by wildfire.

This kind of work began for Van Rees in 2010, after a large wildfire in northern Saskatchewan destroyed his research project investigating root systems, melting the electronics and clear plexiglass tubes extending six feet below ground. Surveying the damage, he was walking through the forest in light colored pants, which became marked in black by the charred trees in an interesting way.

He’d been painting for about five years. His life was focused on science. “This really started me on a journey for the last couple of years,” he said. “I’m trying to interpret what’s happening in the forest,” he said.

Van Rees started going through these burned forests and capturing the marks on paper and canvas. When a piece earned him a prize in an art competition in his province, he explored the technique further. The works tell stories about fire.

“Fires burn with different severity and intensity, and it does different things to trees,” Van Rees said. “Some trees still have their bark. Other trees are completely burned through the bark into the wood itself, and you end up with all different kinds of patterns and shapes.”

He shared with the audience a video showing how he used a burned tree in a forest as a kind of black marker, moving the canvas beneath the tip of a burned branch. A series called “Heartbeat” represented a dead forest trying to be brought back to life.

He also took canvas, wrapped it around trees in the forest and left it there for about six months. Web cams revealed wolves and bears making their own marks — sometimes holes — on the canvases. Van Rees draped canvases over his back like a cape and rubbed up against trees, creating abstract marks.

“I would just kind of move through the forest and I would interact with the trees in different ways, and it just created this deeper connection,” he said. He graduated to bigger canvases, pulling them around trees to create marks with more interesting shapes.” He entitled one work “Eve” because it revealed a woman-like shape — “new life coming out of the forest,” he said.

This lecture was the final installment of our 2022 lecture series, which featured speakers whose pursuits explore themes of “Coexistence and Regeneration.”

Our lecture series’ theme, “Coexistence and Regeneration,” is also the focus of this year’s residency program at the Ranch, and seeks to offer a more expansive perspective that recognizes the power of diverse ways of knowing and being. Lecturers in the series offered views from across the arts, humanities and environmental sciences to share their knowledge and experiences on connecting history, living culture and ecology.

Our theme for 2023 is “Food and Agriculture” and will explore understandings of regional community food systems – from production to processing to distribution to consumer. Sign up for our newsletter and stay tuned to Facebook and Instagram for future events. 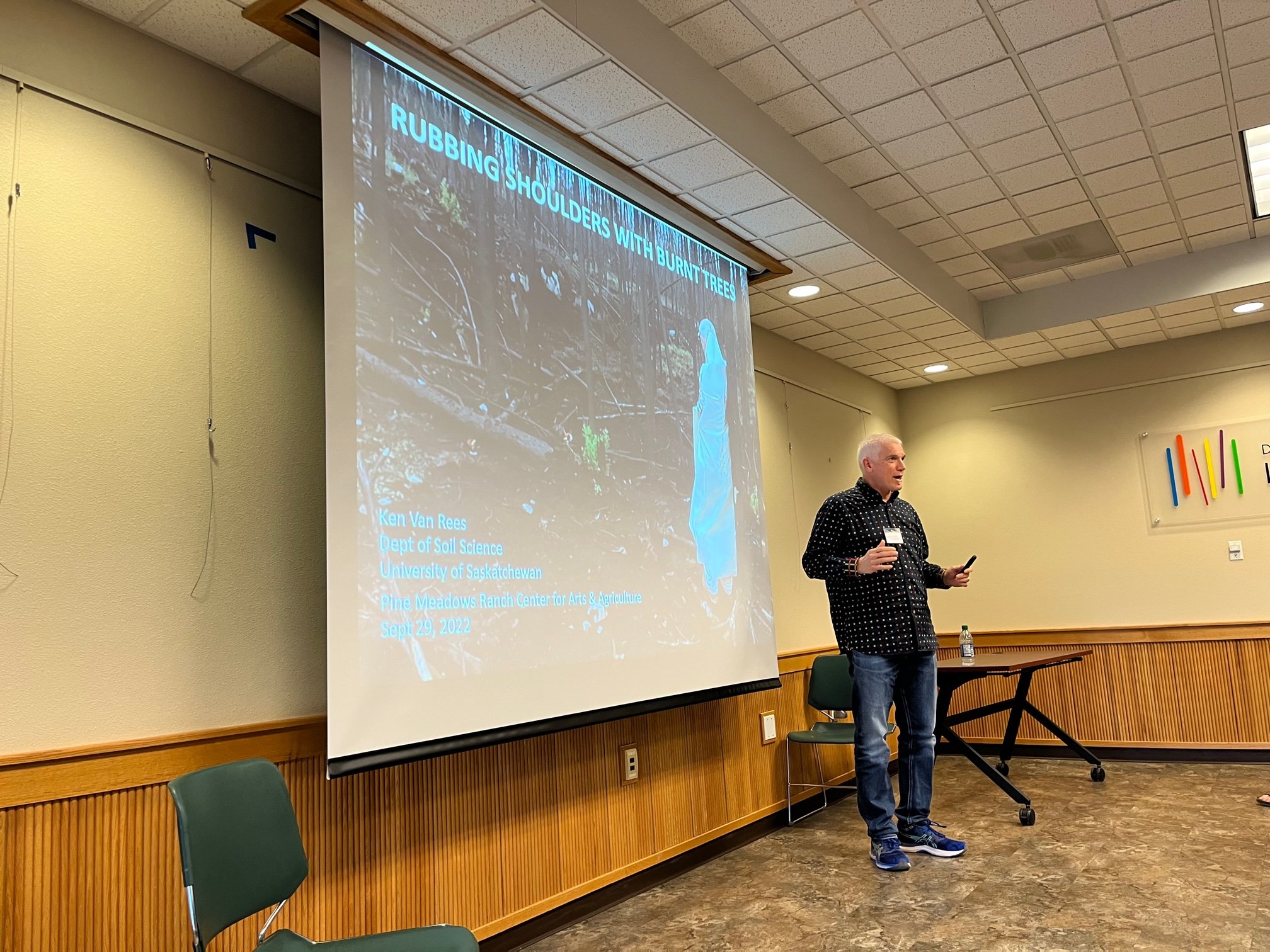 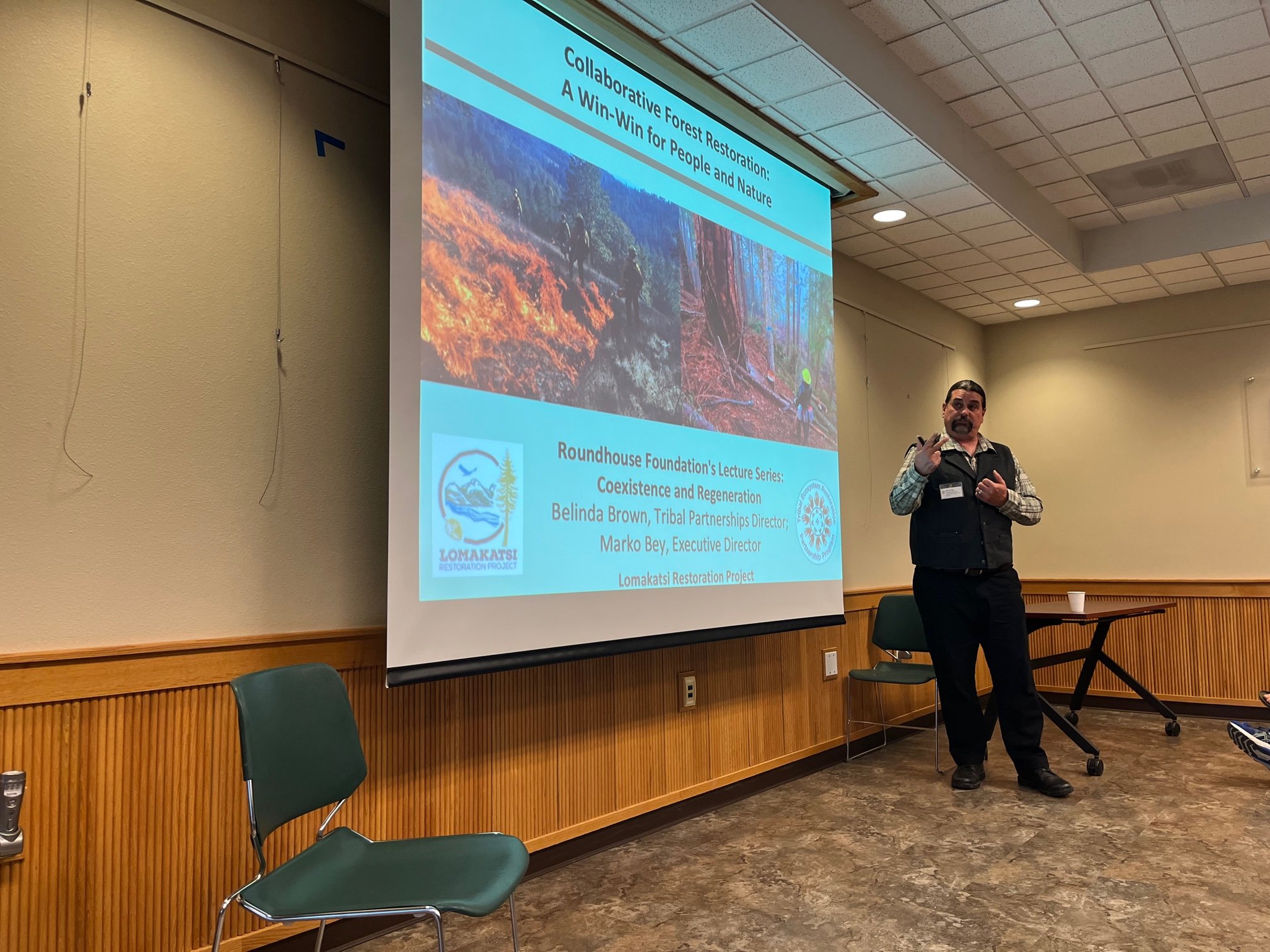 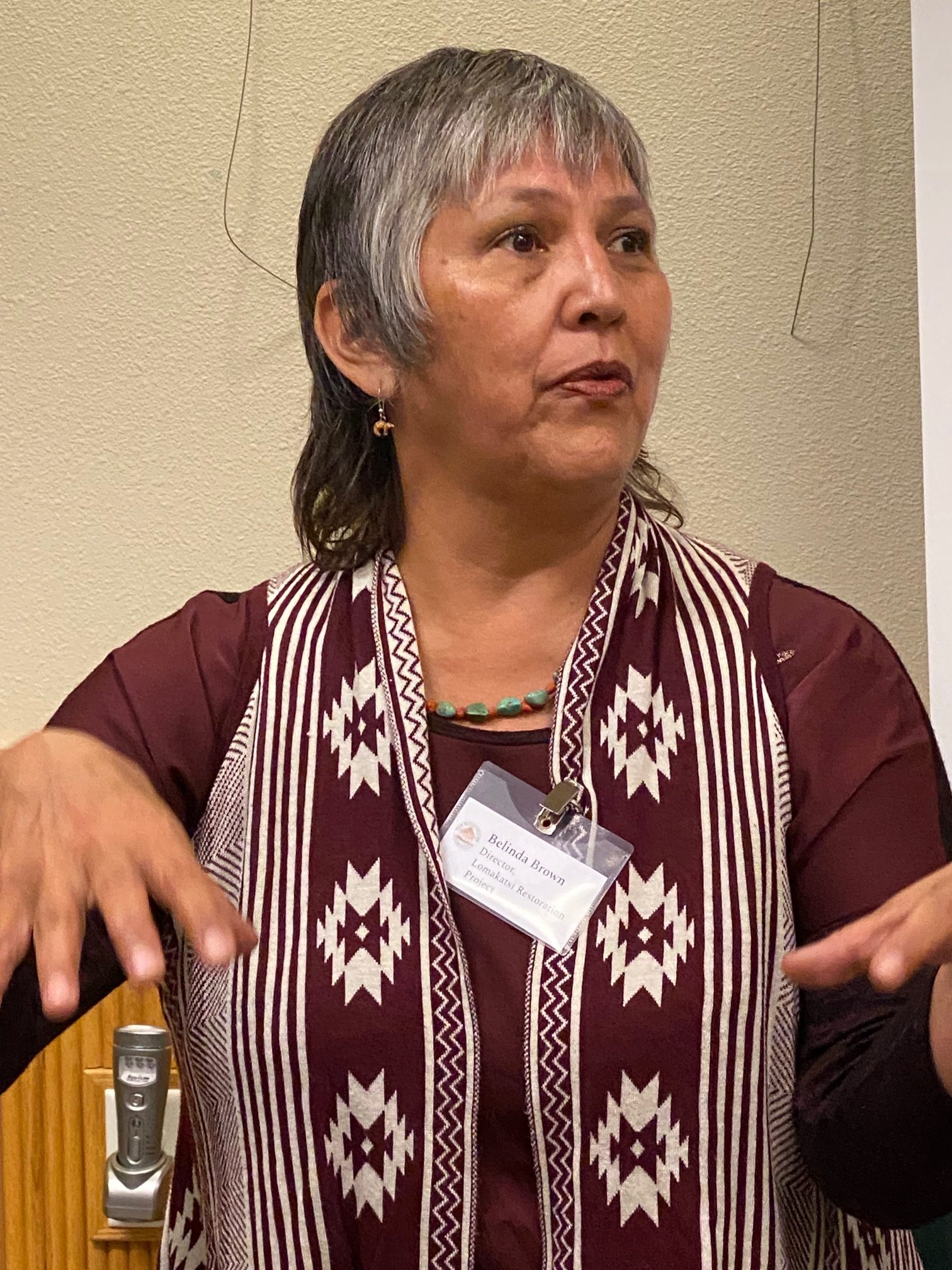 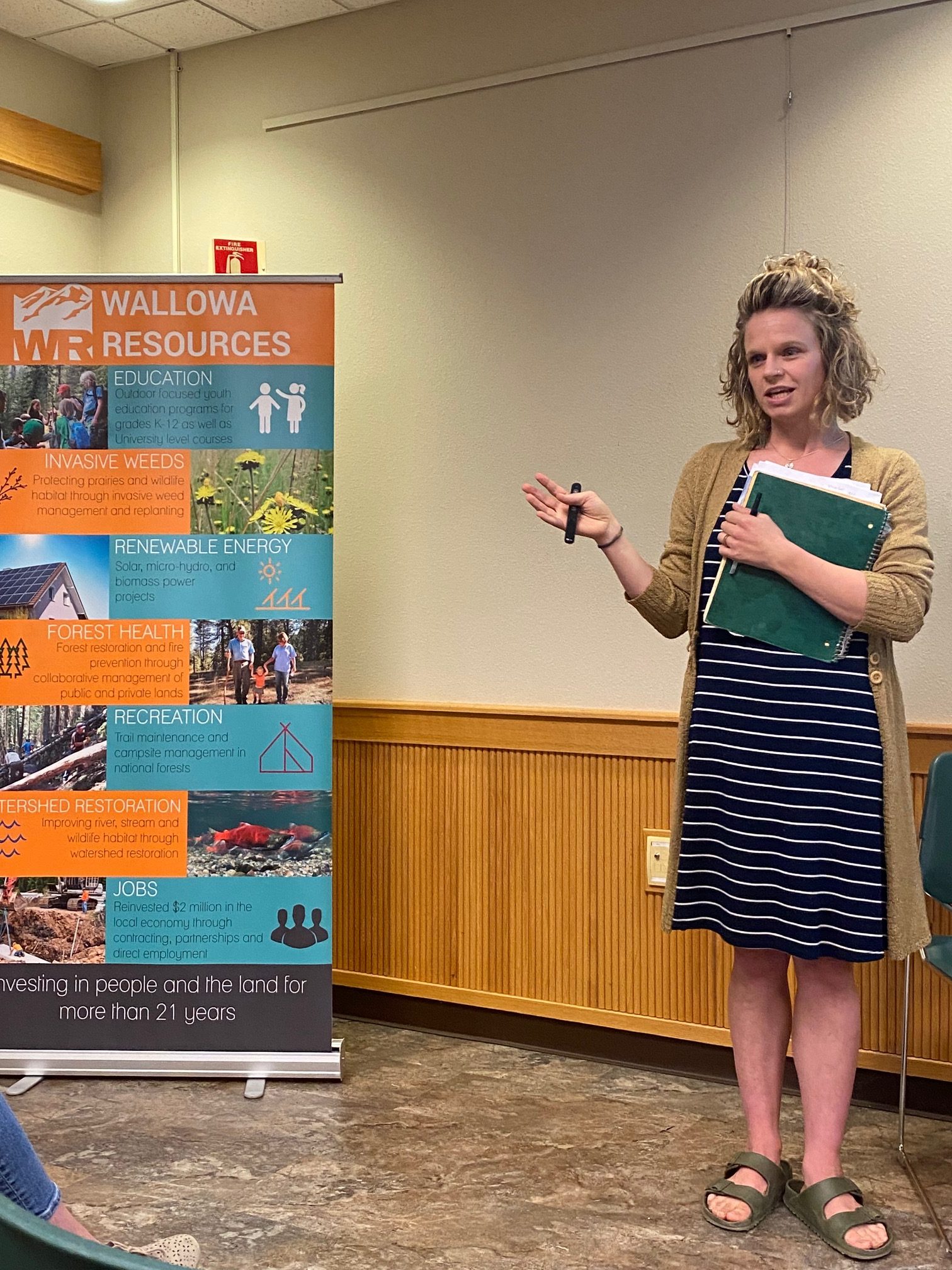 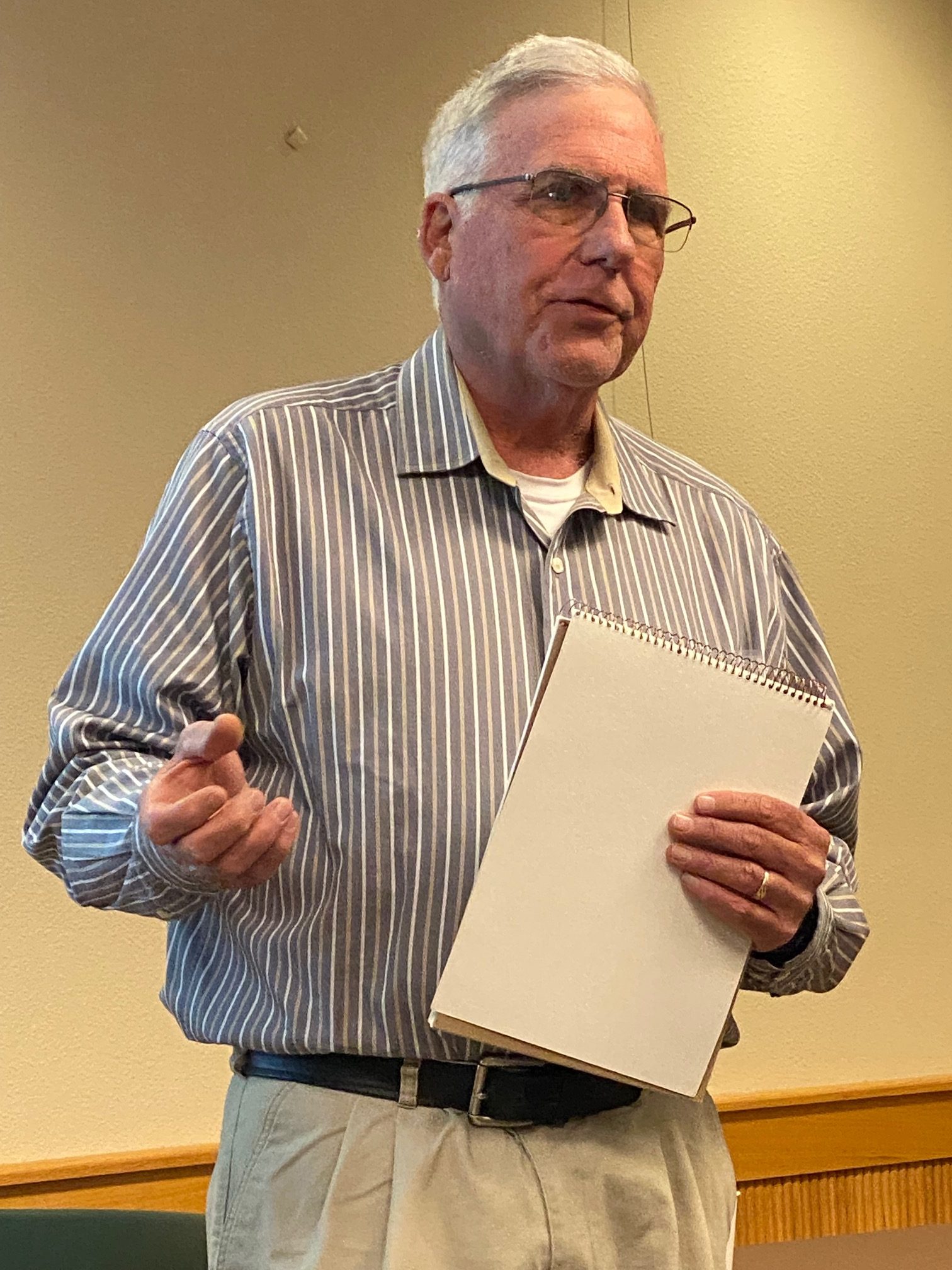 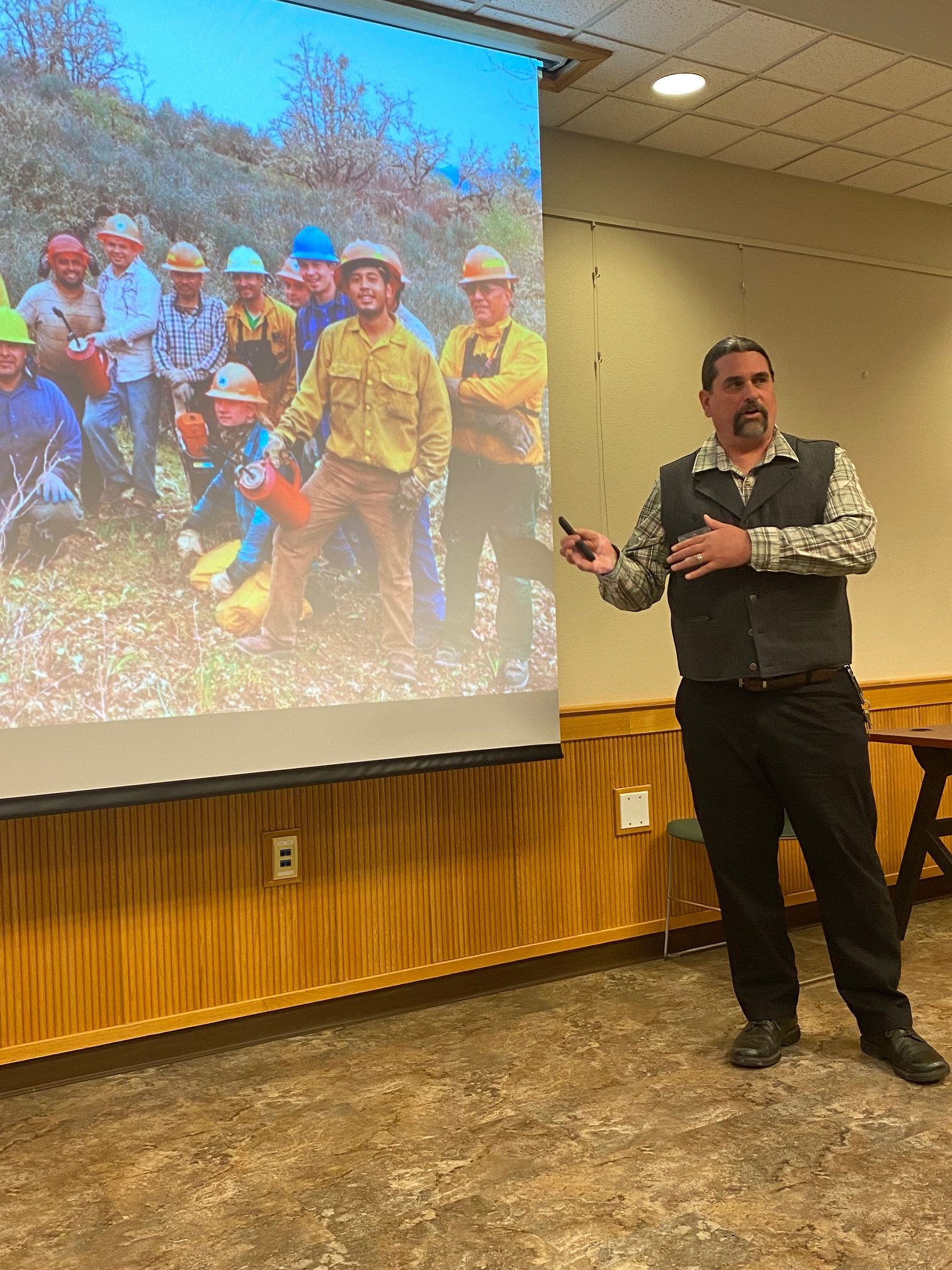 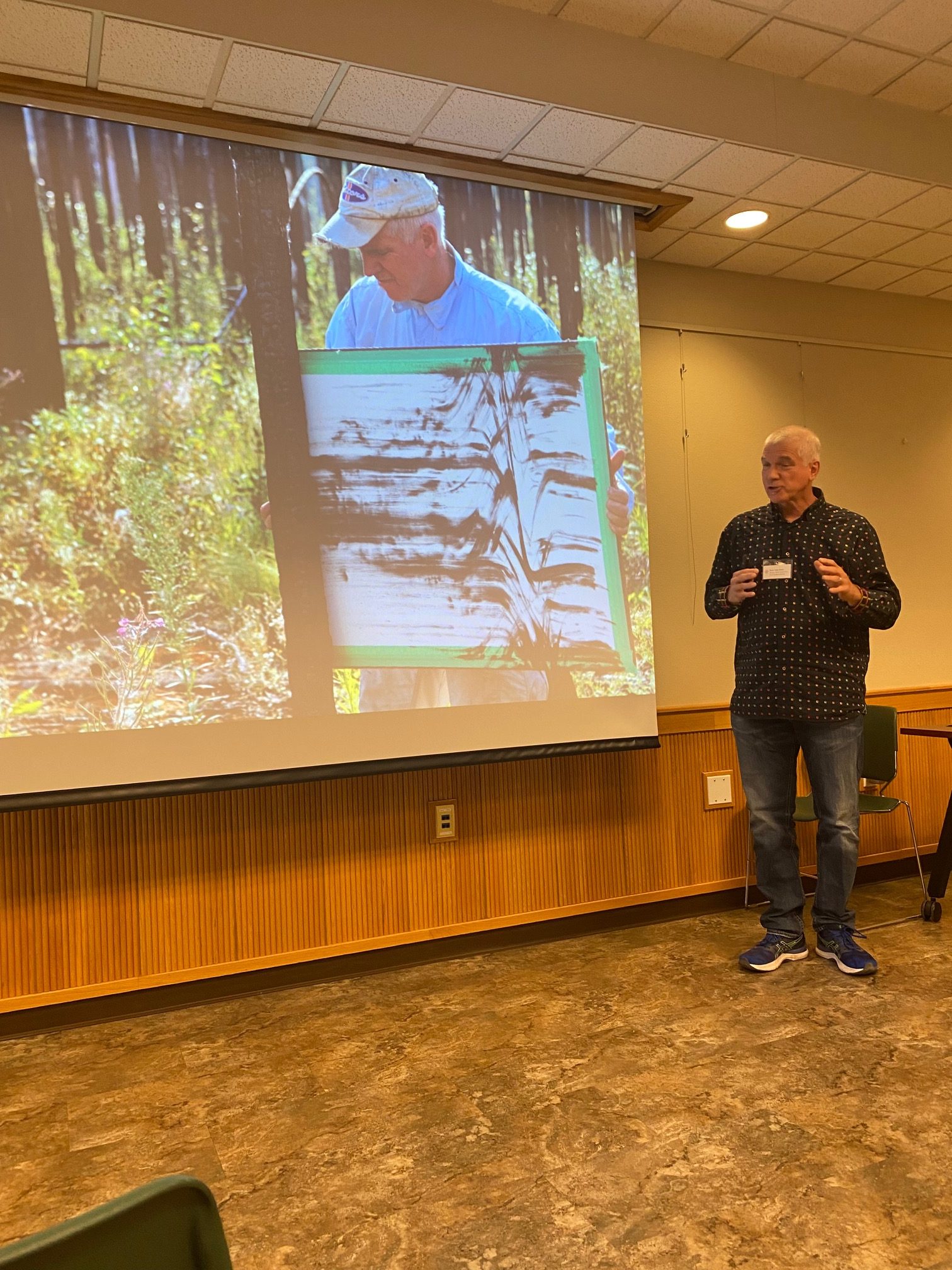